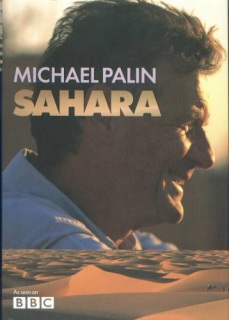 Michael Palin: Sahara. signed
ISBN 9780297843030
UK 1st edition 1st impression hardback in an unclipped wrap.
Published by Weidenfeld & Nicholson in 2002.
The wrap is fine.
The book is fine, new and unread.
Signed on the title page with no other inscription or dedication.
Starting and finishing his adventure in the once stable, now uncertain colony of Gibraltar, Palin crosses the Strait to Morocco, and pauses in Fez and Marrakesh before traversing the mighty Atlas Mountains. In the stony, hostile wastes of Western Algeria he spends time in one of the refugee camps of the Saharawis, a population in exile. Recovering from an overdose of camel stew, he heads south to Mauritania, where he rides the longest train in the world, finds a holy city half buried in sand and nearly gets run over by the Paris Dakar Rally among many other adventures. 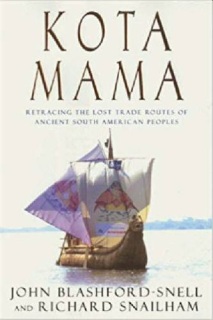 Published by Headline in 2000.

In 1998 and 1999 legendary explorer Colonel John Blashford-Snell led one of the most ambitious expeditions since Thor Heyerdahl's Kon-Tiki. This is the account of an amazing adventure which provided evidence that South Americans could have had trading contacts with Africa 1,000 years before Christ, using reed boats to navigate their way across the Atlantic. In recreating this epic journey, they built their own fleet of traditional craft - the largest named Kota Mama - and uncovered many archaeological sites along the way. There were difficulties to overcome but the spirit and determination of the team will be an inspiration to all who read this fascinating story.