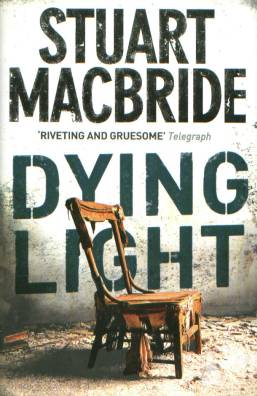 Published by Harper Collins in 2006.

The book is fine. Head and tail pushed.

It’s summertime in Scotland: the sun is shining, the sky is blue and people are dying…

It starts with Rosie Williams, a prostitute, stripped naked and beaten to death down by the docks – the heart of Aberdeen’s red light district. For DS Logan McRae it’s a bad start to another bad day.

Rosie won’t be the only one making an unscheduled trip to the morgue. Across the city six people are burning to death in a petrol-soaked squat, the doors and windows screwed shut from the outside. And despite Logan’s best efforts, it’s not long before another prostitute turns up on the slab… 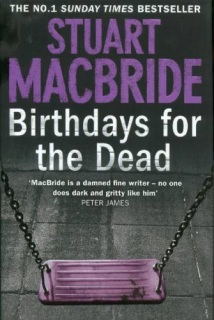 Published by Harper Collins in 2012.

Signed on the title page with inscription or dedication

Five years ago his daughter, Rebecca, went missing on the eve of her thirteenth birthday. A year later the first card arrived: homemade, with a Polaroid picture stuck to the front – Rebecca, strapped to a chair, gagged and terrified. Every year another card: each one worse than the last.

The tabloids call him ‘The Birthday Boy’. He’s been snatching girls for twelve years, always in the run-up to their thirteenth birthday, sending the families his homemade cards showing their daughters being slowly tortured to death.

But Ash hasn’t told anyone about Rebecca’s birthday cards – they all think she’s just run away from home – because if anyone finds out, he’ll be taken off the investigation. And he’s sacrificed too much to give up before his daughter’s killer gets what he deserves… 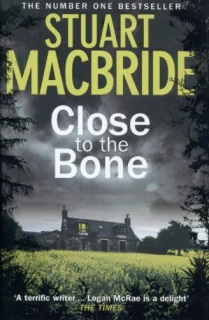 Stuart MacBride: Close To The Bone. signed
ISBN 9780007344260
UK 1st edition 1st impression hardback in an unclipped wrap.
Published by Harper Collins in 2013.
The wrap is fine.
The book is fine, and appears unread. Pushed at the tail.
Signed on tne title page with no other inscription or dedication.

The first body is chained to a stake: strangled, and stabbed, with a burning tyre around its neck. But is this a gangland execution or something much darker?
Someone’s leaving little knots of bones on DI Logan McRae’s doorstep, but he’s got bigger concerns. Rival drug gangs are fighting over product and territory; two teenage lovers are missing; someone’s crippling Asian immigrants; and Logan’s been lumbered with an ambitious new Detective Sergeant and gained the unwelcome attention of the local crime boss.
When another body turns up, the similarities between these murders and the plot of a bestselling novel seem like more than just a coincidence. And perhaps those little knots of bones are more important than they look… 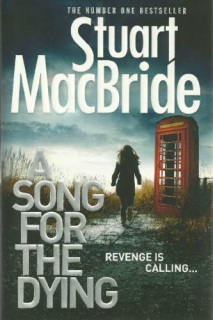 Stuart MacBride: A Song For The Dying. signed

Published by Harper Collins in 2014.

Eight years ago, ‘The Inside Man’ murdered four women and left three more in critical condition – all of them with their stomachs slit open and a plastic doll stitched inside.

And then the killer just … disappeared.

Ash Henderson was a Detective Inspector on the initial investigation, but a lot can change in eight years. His family has been destroyed, his career is in tatters, and one of Oldcastle’s most vicious criminals is making sure he spends the rest of his life in prison.

Now a nurse has turned up dead on a patch of waste ground, a plastic doll buried beneath her skin, and it looks as if Ash might finally get a shot at redemption. At earning his freedom. 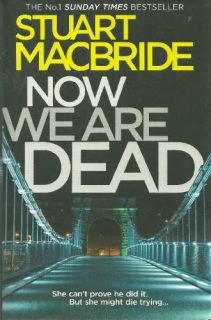 Published by Harper Collins in 2017.

Detective Chief Inspector Roberta Steel got caught fitting up Jack Wallace that s why they demoted her and quashed his sentence. Now he s back on the streets and women are being attacked again. Wallace has to be responsible, but if Detective Sergeant Steel goes anywhere near him, his lawyers will get her thrown off the force for good.

The Powers That Be won t listen to her, not after what happened last time. According to them, she s got more than enough ongoing cases to keep her busy. Perhaps she could try solving a few instead of harassing an innocent man?

Steel knows Wallace is guilty. And the longer he gets away with it, the more women will suffer. The question is: how much is she willing to sacrifice to stop him? 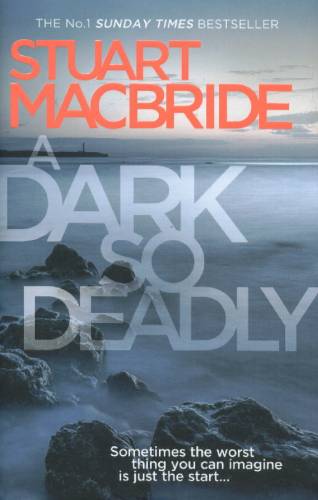 Stuart MacBride: A Dark So Deadly, signed
ISBN 9780007494682
UK 1st edition 1st impression hardback in an unclipped wrap.
Published by Harper Collins in 2017.
The wrap is fine.
The book is fine, new and unread.
Signed on the title page with no inscriptions or dedication.
Welcome to the Misfit Mob…
It’s where Police Scotland dumps the officers it can’t get rid of, but wants to: the outcasts, the troublemakers, the compromised. Officers like DC Callum MacGregor, lumbered with all the boring go-nowhere cases. So when an ancient mummy turns up at the Oldcastle tip, it’s his job to find out which museum it’s been stolen from.
But then Callum uncovers links between his ancient corpse and three missing young men, and life starts to get a lot more interesting. O Division’s Major Investigation Teams already have more cases than they can cope with, so, against everyone’s better judgement, the Misfit Mob are just going to have to manage this one on their own.
No one expects them to succeed, but right now they’re the only thing standing between the killer’s victims and a slow, lingering death. The question is, can they prove everyone wrong before he strikes again? 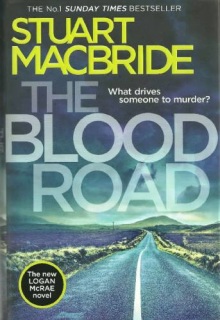 Published by Harper Collins in 2018.

When Detective Inspector Bell turns up dead in the driver’s seat of a crashed car it’s a shock to everyone. Because Bell died two years ago, they buried him. Or they thought they did.

As an investigation is launched into Bell’s stabbing, Logan digs into his past. Where has he been all this time? Why did he disappear? And what’s so important that he felt the need to come back from the dead?

But the deeper Logan digs, the more bones he uncovers – and there are people out there who’ll kill to keep those skeletons buried. If Logan can’t stop them, DI Bell won’t be the only one to die…