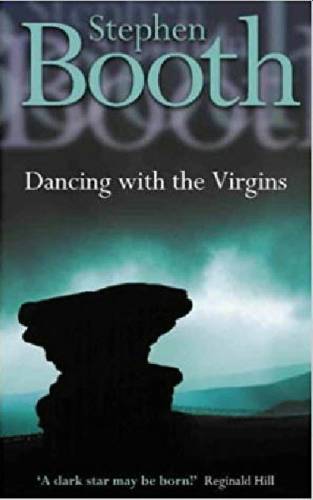 Published by Harper Collins in 2001.

In a remote part of the Peak District stand the Nine Virgins, a ring of stones overshadowed by a dark legend. Now, as winter closes in, a tenth figure is added to the circle – the body of Jenny Weston is discovered, her limbs arranged so she appears to be dancing.

Weeks earlier another woman had been attacked on the moors. Maggie Crew was found by a local farmer's wife, severely traumatized, her face savagely cut open. Is there a maniac at loose, knifing woman at random? Unlocking the memories trapped in Maggie's mind is now a matter of utmost urgency, and Detective Sergeant Diane Fry is given the task of drawing the truth out of her.

For DC Ben Cooper there are too many lines of enquiry leading to too few answers. Two travellers, sleeping rough near the scene of the murder, baffle the detectives with their strange rituals and language which may or may not be hiding vital information. Then there is the Park ranger, Owen Fox, whose past hides a shameful secret. And what of the farmer, Warren Leach, on whose land the Nine Virgins stand: a desperate man whose own children fear him. 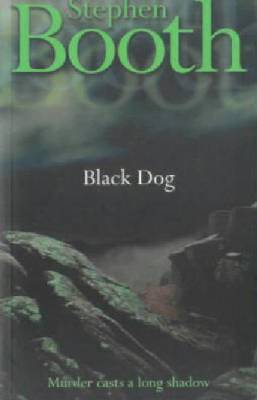 Stephen Booth: Black Dog.  signed
ISBN 9780002326933
UK 1st edition 1st impression paperback.
Published by Collins Crime in 2000.
The book is near fine and unread with some light edge and surface wear.
Signed on the title page with no inscriptions or dedications.
Only issued in paperback in the UK, Stephen Booth's first and scarce novel in the Fry and Cooper series.
Black Dog is an impressive portrait of two sorts of policing. Ben is a local man who knows everybody and perhap scares too much, while Diane is a stranger wherever she goes and is perhaps too cold-blooded; when they find themselves rivals for promotion, and colleagues on a difficult case, breaking strain is going to be reached sooner or later. Spoiled, young Laura Vernon is missing, soon to be found dead, and the question soon arises: is she only, or even, the first? Retired quarryman Harry found the body and perhaps knows more than he is letting on, but he will do anything rather than tell the police more than he has to. The Vernons' gardener is missing, a thuggish young man rather too fond of showing off his muscles--what does he know? 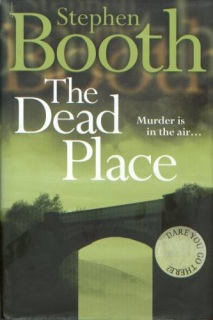 Stephen Booth: The Dead Place. signed
ISBN 9780007172054
UK 1st edition 1st impression hardback in an unclipped wrap
Published by Harper Collins in 2005.
The wrap is vg with some edge creasing, scratching and a small 6mm tear to the top spine /front join.
The book is vg with lightly tanned edges. Head and tail pushed and slightly cocked.
Signed on the title page with no other inscriptions or dedication.
‘It’s perfectly simple. All you have to do is find the dead place’
The anonymous caller who taunts the Police with talk of an imminent killing could be a hoaxer, his descriptions of death and decomposition a sick fantasy. But Detective Diane Fry is certain she’s dealing with a murderer. The voice – so eerily, shiveringly calm – invites the police to meet the ‘flesh eater’. Fry fears it may already be too late to save the next victim.
DC Ben Cooper, meanwhile, is looking into Derbyshire’s first case of body snatching. The investigation takes him into the dark, secret world of those whose lives revolve around the dead and their disposal – from funeral directors to crematorium staff and a professor whose speciality is the study of death. 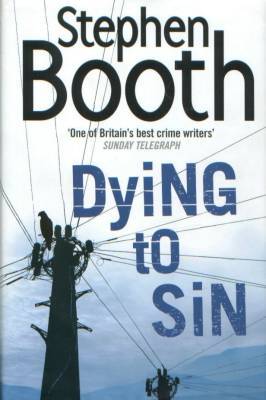 Stephen Booth: Dying To Sin. signed
ISBN 9780007243426
UK 1st edition 1st impression hardcover in an unclipped wrap
Published by Harper Collins in 2007.
The wrap is vg with some edge creasing,
The book is near fine with head and tail pushed and is slightly cocked.
Signed on the title page with no other inscriptions or dedication.
For decades, Pity Wood Farm has been a source of employment for poor workers passing through Rakedale, migrants with lives as abject as the labour they sought. But now it seems a far worse fate may have befallen some of those who came upon this isolated community.  Routine building work at the farm has unearthed a grisly discovery: a human hand preserved in clay. When police dig up the farmyard, they find not one, but two bodies – and several years between their burials.
With pressure from a new Superintendent and scant forensic evidence to aid them, DS Diane Fry and DC Ben Cooper have only the memories of local people to piece together the history of the farm. 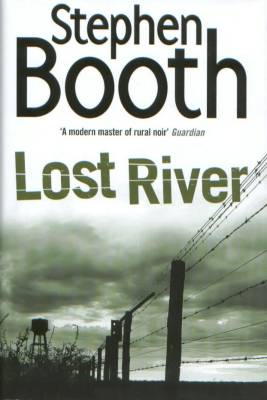 Stephen Booth. Lost River. signed
ISBN 9780007243488
UK 1st edition 1st impression hardcover in an unclipped wrap.
Published by Harper Collins in 2010
The wrap is near fine with some light edge creasing.
The book is fine with a pushed head and tail. It is very slighly cocked.
Signed on the title page with no inscription or dedication.
A May Bank Holiday in the Peak District is ruined by the tragic drowning of an eight-year-old girl in picturesque Dovedale. For Detective Constable Ben Cooper, a helpless witness to the tragedy, the incident is not only traumatic, but leads him to become involved in the tangled lives of the Neilds, the dead girl's family.
As he gets to know them, Cooper begins to suspect that one of them is harbouring a secret - a secret that the whole family might be willing to cover up. 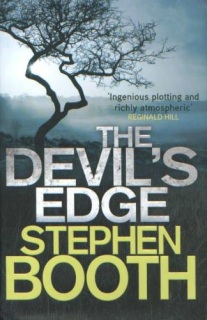 UK 1st edition 1st impression hardback in an unclipped wrap.
Published by Sphere in 2011.
The wrap is near fine with some light edge creasing.
The book is near fine, pushed head and tail and slightly cocked.
Signed on the title page with no inscriptions or dedication.

The newspapers call them the Savages: a band of home invaders as merciless as they are stealthy. Usually they don't leave a clue. This time, they've left a body.
The first victim is found sprawled on her kitchen floor, blood soaking the terracotta tiles. Before long, another corpse is discovered, dead of fright. As the toll rises, it's up to DC Ben Cooper and DS Diane Fry to track down the killers. But the enemy isn't who they think it is. Beneath the sinister shadow of the mountain ridge called the Devil's Edge, a twisted game is in play - a game more ruthless than the detectives can imagine... 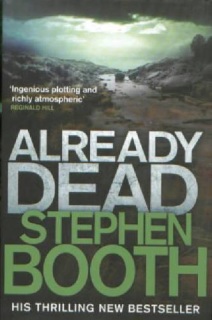 Stephen Booth: Already Dead. signed
ISBN 9780751551716
UK 1st edition 1st impression hardback in an unclipped wrap
Published by Sphere in 2013.
The wrap is fine
The book is near fine, very slightly cocked.
Signed on the title page with no other inscriptions or dedication.
A summer of endless rain in the Peak District leaves the officers of Derbyshire's CID with a problem. They have discovered a man's body lying in shallow water, but torrential rain has swollen the rivers and flooded the roads, making travel difficult and forensic examination impossible.
And that's not all. The absence of DS Ben Cooper, on extended leave after an arson attack, has left a serious gap. DS Diane Fry is a reluctant temporary replacement, but now their makeshift team is about to be tested to the limit. The fatal events of one damp August night are likely to remain shrouded in mystery if they can't track down a car glimpsed only as a dark outline in the rain by a passer-by.