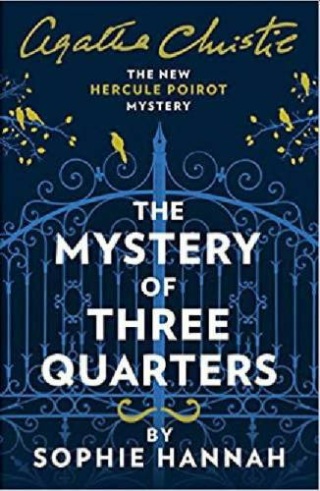 Published by Harper Collins in 2018

The wrap is fine with some very light shelf wear

Returning home after lunch one day, Hercule Poirot finds an angry woman waiting outside his front door. She demands to know why Poirot has sent her a letter accusing her of the murder of Barnabas Pandy, a man she has neither heard of nor ever met.

Poirot has also never heard of a Barnabas Pandy, and has accused nobody of murder. Shaken, he goes inside, only to find that he has a visitor waiting for him — a man who also claims also to have received a letter from Poirot that morning, accusing him of the murder of Barnabas Pandy.

Poirot wonders how many more letters of this sort have been sent in his name. Who sent them, and why? More importantly, who is Barnabas Pandy, is he dead, and, if so, was he murdered? And can Poirot find out the answers without putting more lives in danger? 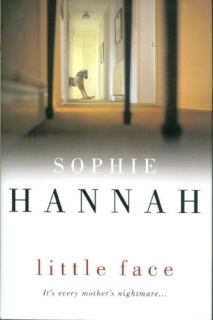 UK 1st edition 1st impression hardback in an unclipped wrap
Published by Hodder & Stoughton in 2006.
The wrap is fine with some light shelf wear.
The book is  vg+ with a line down the spine and creamed edges. Slightly cocked and tiny turns to 2 corners.
Signed on the title page with no inscriptions or dedication.
Alice's baby is two weeks old when she leaves the house without her for the first time. On her eager return, she finds the front door open, her husband asleep on their bed upstairs. She rushes into their baby's room and screams. 'This isn't our baby! Where's our baby?' Her increasingly hostile husband swears she must be either mad or lying, and the DNA test is going to take a week.
One week later, before the test has been taken, Alice and the baby have disappeared. Run away, abducted, murdered? The police who dismissed her baby swap story must find out, and as they do they find dark incidents in David's past - like the murder of his ex-wife... 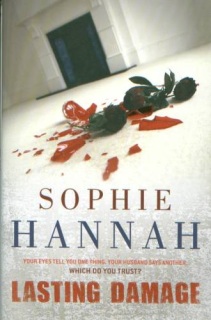 Published by Hodder & Stoughton in 2011.

It's 1.15 a.m. Connie Bowskill should be asleep. Instead, she's logging on to a property website in search of a particular house: 11 Bentley Grove, Cambridge. She knows it's for sale; she saw the estate agent's board in the front garden less than six hours ago.

Soon Connie is clicking on the 'Virtual Tour' button, keen to see the inside of 11 Bentley Grove and put her mind at rest once and for all. She finds herself looking at a scene from a nightmare: in the living room, in the middle of the carpet, there's a woman lying face down in a huge pool of blood. In shock, Connie wakes her husband Kit. But when Kit sits down at the computer to take a look, he sees no dead body, only a pristine beige carpet in a perfectly ordinary room . 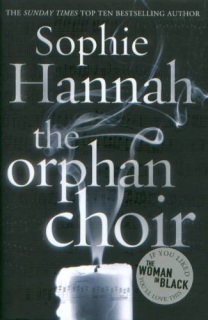 Sophie Hannah: The Orphan Choir. signed
ISBN 9780099579991
UK 1st edition 1st impression hardback in an unclipped wrap
Published by Hammer in 2013.
The wrap is fine
The book is  fine, new and unread.
Signed on the title page with no other inscriptions or dedication.
Louise is bereft.
Her seven-year-old son Joseph has been sent away to boarding school against her wishes, and she misses him desperately.
And the neighbour from hell is keeping her awake at night by playing loud, intrusive music.
So when the chance comes to move to the country, she jumps at it as a way of saving her sanity.
Only it doesn't.
Because the music seems to have followed her. Except this time it's choral music, sung by a choir of children that only she can see and hear ...
... 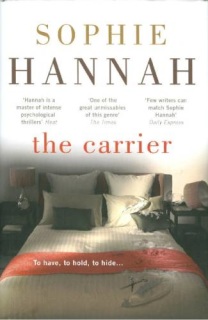 Sophie Hannah: The Carrier. signed
ISBN  9780340980729
UK 1st edition 1st impression hardback in an unclipped wrap
Published by Hodder & Stoughton in 2013.
The wrap is fine.
The book is fine, new and unread.
Signed on the title page with no other inscriptions or dedication.

He swore he was a killer. The truth was worse.
An overnight plane delay is bad.
Having to share your hotel room with a stranger is worse.
But that is only the beginning of Gaby Struthers' problems.
Gaby has never met Lauren Cookson before. So how does Lauren know so much about her? How does she know that the love of Gaby's life has been accused of murder? Why is she telling her that he is innocent? And why is she so terrified of Gaby? 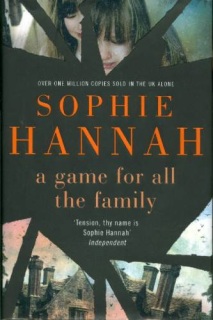 UK 1st edition 1st impression hardback in an unclipped wrap
Published by Hodder & Stoughton in 2015.
The wrap is fine with a little light edge creasing
The book is  fine and appears new and unread.
Signed on the title page with no inscriptions or dedication.
After escaping London and a career that nearly destroyed her, Justine plans to spend her days doing as little as possible in her beautiful home in Devon.
But soon after the move, her daughter Ellen starts to withdraw when her new best friend, George, is expelled from school. Justine begs the head teacher to reconsider, only to be told that nobody's been expelled - there is, and was, no George.
Then the anonymous calls start: a stranger, making threats that suggest she and Justine share a traumatic past and a guilty secret - yet Justine doesn't recognise her voice. But then the caller starts to talk about three graves - two big and one small, to fit a child - 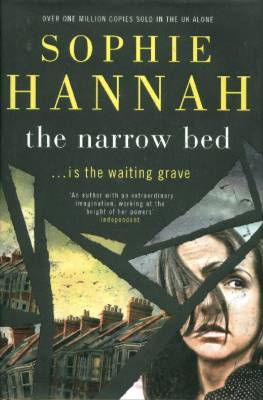 Sophie Hannah: The Narrow Bed. signed
ISBN 9781444776089
UK 1st edition 1st impression hardback in an unclipped wrap
Published by Hodder & Stoughton in 2016.
The wrap is fine with some light shelf wear.
The book is  near fine, pushed at the tail and slightly cocked
Signed on the title page with no inscriptions or dedication.
A killer that the police are calling 'Billy Dead Mates' is murdering pairs of best friends, one by one.  Before they die, each victim is given a small white book...
For months, detectives have failed to catch Billy, or work out what the white books mean. And then a woman, scared by what she's seen on the news, comes forward.
Stand-up comedian Kim Tribbeck has one of Billy's peculiar little books. A stranger gave it to her at a gig she did a year ago. Was he Billy, and does he want to kill her? Kim has no friends and trusts no one, so how - and why - could she possibly be Billy Dead Mates' next target?