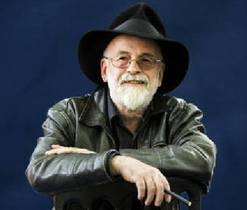 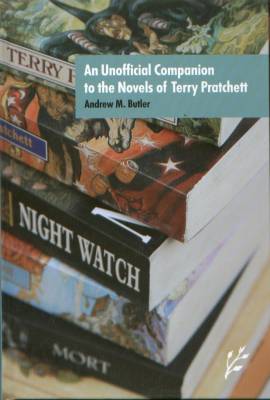 Andrew M Butler: The Unofficial Companion to the Novels of Terry Pratchett
ISBN 9781846450013
UK 1st edition 1st impression hardback in pictorial boards.
Published by Greenwood Books in 2007.
The book is fine and appears unread.
This work is an essential reading for fans of Pratchett's bestselling science fiction and fantasy novels who want to pick the allusions and appreciate the complexity of one of the great work of Pratchett's playful narratives. This encyclopedia mixes shorter entries conveying specific information for foraging readers with longer articles concerning the scientific, social, and philosophical ideas for readers wanting more reflective engagement with the texts. 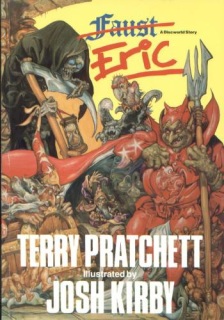 Thirteen-year-old Eric and Rincewood the wizard have many adventures trying to escape from the equally horrifying and ludicrous beings and places of the magical Dungeon Dimension.
£
12.00 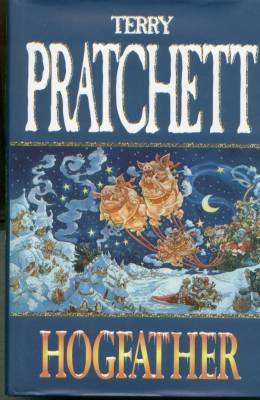 Published by Gollancz in 1996.

The wrap is near fine with a little edge wrinkling.

The book is fine and appears unread. Edges slightly discoloured.

Susan had never hung up a stocking . She'd never put a tooth under her pillow in the serious expectation that a dentally inclined fairy would turn up. It wasn't that her parents didn't believe in such things. They didn't need to believe in them. They know they existed. They just wished they didn't.

There are those who believe and those who don't. Through the ages, superstition has had its uses. Nowhere more so than in the Discworld where it's helped to maintain the status quo. Anything that undermines superstition has to be viewed with some caution. There may be consequences, particularly on the last night of the year when the time is turning. When those consequences turn out to be the end of the world, you need to be prepared. You might even want more standing between you and oblivion than a mere slip of a girl - even if she has looked Death in the face on numerous occasions... 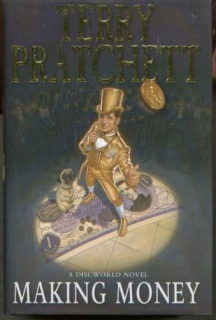 Terry Pratchett: Making Money. signed
ISBN 9780385611015
UK 1st edition 1st impression hardback in an unclipped wrap.
Published by Doubleday in 2007.
The wrap is vg+ with some edge creasing and corner chipping.
The book is near fine, head and tail pushed and is very slightly cocked.
Signed on the title page with no inscription or dedication.
Who would not to wish to be the man in charge of Ankh-Morpork’s Royal Mint and the bank next door
It’s a job for life. But, as former con-man Moist von Lipwig is learning, the life is not necessarily for long.
The Chief Cashier is almost certainly a vampire. There’s something nameless in the cellar (and the cellar itself is pretty nameless), it turns out that the Royal Mint runs at a loss. A 300 year old wizard is after his girlfriend, he's about to be exposed as a fraud, but the Assassins Guild might get him first. In fact lot of people want him dead
Oh. And every day he has to take the Chairman for walkies.
Everywhere he looks he’s making enemies.
What he should be doing is . . . Making Money! 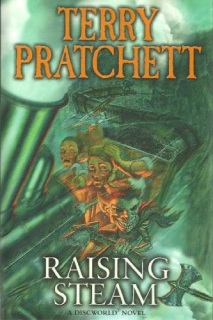 Published by Doubleday in 2013.

To the consternation of the patrician, Lord Vetinari, a new invention has arrived in Ankh-Morpork - a great clanging monster of a machine that harnesses the power of all of the elements: earth, air, fire and water. This being Ankh-Morpork, it's soon drawing astonished crowds, some of whom caught the zeitgeist early and arrive armed with notepads and very sensible rainwear.