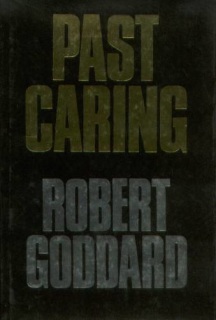 Robert Goddard: Past Caring. signed
ISBN 9780709027430
UK 1st edition 1st impression hardback in an unclipped wrap.
Published by Robert Hale in 1986..
The wrap is near fine with some edge creasing and light rubbing,
The book is fine and appears unread. Pushed at the tail.
Signed on the title page with no inscriptions or dedication.
Why should distinguished Edwardian Cabinet minister Edwin Strafford resign at the height of his parliamentary career?  Why does the woman he loves so suddenly and coldly reject him?  Why, seventy years later, should people go to such lengths--even as far as murder--to prevent the truth from being revealed?
Martin Radford, history graduate, disaffected and unemployed, leaps at the chance to get to the island of Madeira and begin the hunt for a solution to the intriguing secret of Edwin Stafford's fall from grace.  However, his seeming good fortune turns to nightmare as his investigation triggers a bizarre and violent train of events which remorselessly entangles him and those who believed they had escaped the spectre of crimes long past but never paid for.. 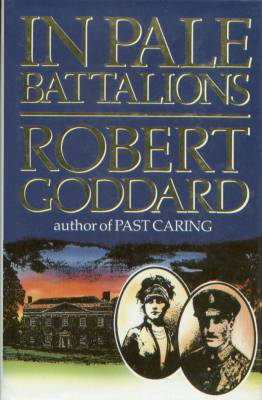 Robert Goddard: In Pale Battalions. signed
ISBN 9780593014103
UK 1st edition 1st impression hardback in an unclipped wrap.
Published by Bantam in 1998..
The wrap is fine with some edge creasing
The book is near fine and appears unread. Bumped on the head.
Signed on the title page with no inscriptions or dedication.
Six months after the sudden death of her husband, Leonora Galloway sets out on a trip to France with her daughter Penelope. At last the time has come when secrets can be shared and explanations begin...Leonora takes her daughter to the battlefields of WW1, where her father is commemorated on the Thiepval Monument. But the date of his death is surprising, and reveals that Captain John Hallows cannot possibly have been Leonora's real father. This is only the start of a series of revelations that span three generations of a distinguished aristocratic family who are not what they seem. Penelope must piece together a tale of war, of loss, of greed, deception and vice - and the perpetrator of a murder left unsolved for more than half a century... 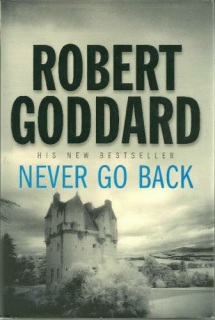 The wrap is vg with a little shelf wear.

The book is near fine and appears unread. Pushed at the tail.

Harry Barnett is leading a contented life in Vancouver with his wife and daughter when he is brought back to England by the death of his mother. He intends to spend just a few days sorting out her affairs when a chance meeting he will regret for the rest of his life makes him change his plans. Two old acquaintances from his National Service days track Harry down to his mother's house - the last address they had for him. A lavish reunion has been organised to mark the fiftieth anniversary of their RAF days. Harry decides to go. During the war Harry and his fellow RAF conscripts spent three months in a Scottish castle where they acted as guinea pigs in a psychological experiment. The reunion is to take place in the same castle. It will be a chance to see friends, settle old scores and lay a few ghosts to rest. The party begins on the train up to Aberdeen, until the apparent suicide of one of their number shatters the holiday atmosphere. Their arrival in Scotland seems under a cloud. And when another comrade dies soon after their arrival, Harry is gripped by a sense of foreboding. The recollections of the old comrades of their time in the castle are frighteningly different and unexplained events from 1955 still haunt them. As Harry tries to solve the mystery of what really happened fifty years ago, he uncovers an extraordinary secret that convinces him he will never leave the castle alive. 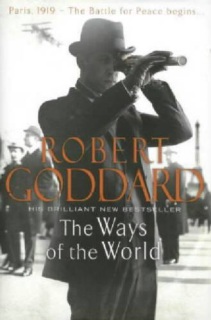 Robert Goddard: The Ways of the World
ISBN 9780593069738
UK 1st edition 1st impression hardback in an unclipped wrap.
Published by Bantam in 2013.
The wrap is fine.
The book is fine, new and unread.
1919. The eyes of the world are on Paris, where statesmen, diplomats and politicians have gathered to discuss the fate of half the world's nations in the aftermath of the cataclysm that was the Great War. A horde of journalists, spies and opportunists have also gathered in the city and the last thing the British diplomatic community needs at such a time is the mysterious death of a senior member of their delegation. So, when Sir Henry Maxted falls from the roof of his mistress's apartment building in unexplained circumstances, their first instinct is to suppress all suspicious aspects of the event.
But Sir Henry's son, ex Royal Flying Corps ace James 'Max' Maxted, has other ideas. He resolves to find out how and why his father died - even if this means disturbing the impression of harmonious calm which the negotiating teams have worked so hard to maintain. In a city where countries are jostling for position at the crossroads of history and the stakes could hardly be higher, it is difficult to tell who is a friend and who a foe.And Max will soon discover just how much he needs friends, as his search for the truth sucks him into the dark heart of a seemingly impenetrable mystery.