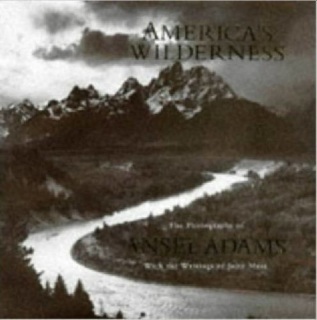 America's Wilderness: Ansel Adams & John Muir
ISBN 9781561387441
Large hardback in an unclipped wrap
USA Ist edition published by Courage Books in 1997
The wrap is vg with a little chipping to the corners and a 20mm tear to the rear/spine.
The book is fine.
The photographs taken by Ansel Adams were co mmissioned by the Interior Department to form a mural in the Washington D.C. Headquarters and are presented here as a tr ibute to those who had the foresight to ring-fence vast areas of wilderness. '
An original Ansel Adams photograph is one of the few things I lust after 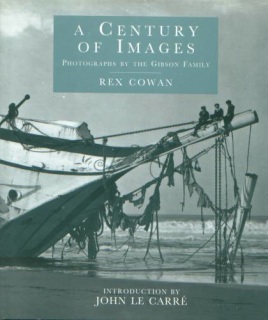 UK 1st edition 1st impression hardback in an unclipped wrap.
Published by Andre Deutsch in 1997.
The wrap is fine with some light edge wrinkling.
The book is fine with the tail slightly pushed.

For three generations the Gibson family has photographed the dramatic landscape of Cornwall and the Scilly Isles and the dangerous seas around them.
Here are marine views of shipwrecks, the remains of tin mines and extraordinary images of the people and places of that remote area and the lost times. Superb photography from the talented family.
Foreword by John Le Carre. 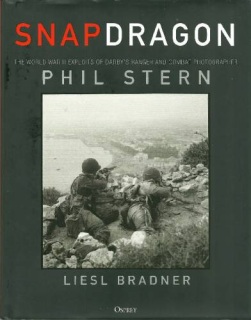 The wrap is vg+ with a some edge creasing

Prior to Phil Stern's death on December 13, 2014, his original, unfinished, tattered wartime memoir was discovered, stashed away in an old folio box in his cluttered Hollywood bungalow. Best remembered for his iconic images of James Dean, Marilyn Monroe, and JFK's inauguration, his remarkable service during World War II as a combat photographer with Darby's Rangers has remained largely unknown. Until now.

Stern's catchy 1940s lingo, honest and intimate observations, and humor, paired with his striking combat photography, transport the reader 70 years back in time to meet the hardscrabble Rangers and experience some of the key battles of the Mediterranean Theater. Snapdragon is an artifact of that time, told not by a man reminiscing in his twilight years, but by a young soldier fresh from the battlefields. 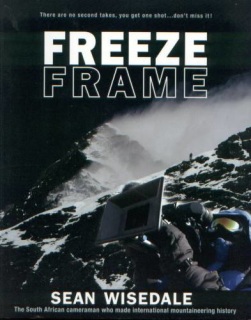 Sean Wisedale: Freeze Frame. signed p/b
ISBN 9780620340731
Large paperback in card slipcase.
Published by Venture in 2005.
The slipcase is near fine with a little chipping to the corners and a crease to the rear.
The book is fine, new and unread. The tiniest turning to the front corners.
Signed and inscribed on the front end page "Paul - all the best - Sean Wisedale"
"Hot tips for cool shots" booklet to rear flap
'Freeze Frame' is the personal story of Sean's life and times as an adventure cameraman to the most hostile and photogenic wildernesses on Earth.
Wisedale was the first South African to climb all seven highest peaks on each of the continents
.