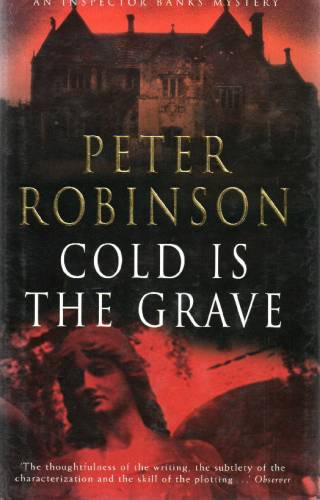 Peter Robinson: Cold Is the Grave

Published by Macmillan in 2001.

The wrap is vg with edge creasing.

The book is vg. Pushed head and tail. Slightly cocked.

In a remote countryside lane in North Yorkshire, the body of a young girl is found, bruised and beaten, having apparently been thrown from a moving vehicle.

While DI Annie Cabbot investigates the circumstances in which a 14-year-old could possibly fall victim to such a crime, newly promoted Detective Superintendent Alan Banks is faced with a similar task - but the case Banks must investigate is as cold as they come.

Fifty years ago Linda Palmer was attacked by celebrity entertainer Danny Caxton, yet no investigation ever took place. Now Caxton stands accused at the centre of a historical abuse investigation and it's Banks's first task as superintendent to find out the truth.

While Annie struggles with a controversial case threatening to cause uproar in the local community, Banks must piece together decades-old evidence, and as each steps closer to uncovering the truth, they'll unearth secrets much darker than they ever could have guessed . 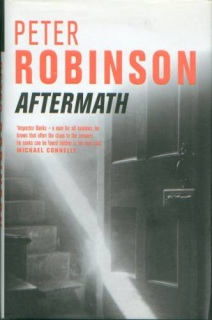 Peter Robinson: Aftermath. signed
ISBN 9780333907412
UK 1st edition 1st impression hardback in an unclipped wrap.
Published by Macmillan in 2001.
The wrap is fine.
The book is fine.
Signed on the title page with no inscription or dedication.
Number 35 The Hill is an ordinary house in an ordinary street, owned by an apparently ordinary young couple. But it is about to become infamous...For when police constables Janet Taylor and Dennis Morrisey are sent to the house following a report of a domestic disturbance, they stumble upon a truly horrific scene. A scene which leaves one dead and one fighting for her life and career. Inspector Alan Banks, currently Acting Superintendent, has been leading the hunt for the Chameleon, a serial killer who has so far abducted five young women in the Yorkshire area. Banks is immediately called to The Hill - where, it seems, the Chameleon's identity has finally and gruesomely been revealed. But the capture of the serial killer is only the beginning of a shocking investigation that will test everyone to the absolute limit... 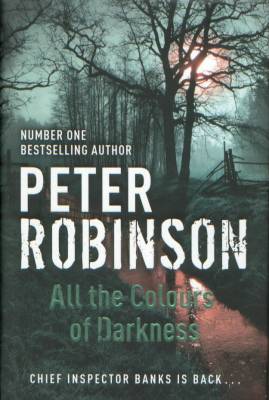 Peter Robinson: All the Colours of Darkness. signed
ISBN 9780340836927
UK 1st edition 1st impression hardback in an unclipped wrap,
Published by Hodder & Stoughton in 2008.
The wrap is fine..
The book is fine, new and unread. Pushed a little at head and tail.
Signed on the title page with NO inscription or dedication.
A beautiful June day in the Yorkshire Dales, and a group of children are spending the last of their half-term freedom swimming in the river near Hindswell Woods. But the idyll is shattered by their discovery of a mans body, hanging from a tree. DI Annie Cabott soon discovers he is Mark Hardcastle, the well-liked and successful set designer for the Eastvale Theatres current production of Othello. Everything points to suicide, and Annie is mystified. Why would such a man want to take his own life? 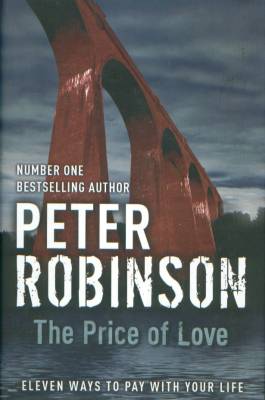 Peter Robinson: The Price Of Love. signed
ISBN 9780340919514
UK 1st edition 1st impression hardback in an unclipped wrap,
Published by Hodder & Stoughton in 2009.
The wrap is fine.
The book is fine. Edges lightly creamed.
Signed on the title page with no inscriptions or dedications.
When DCI Alan Banks arrived in Eastvale his life was every bit as much of a mess as it is now. But he is holding an envelope that could change everything he understood about the events that sent him north twenty years ago. Walking again the narrow alleys and backstreets of his mind, he remembers the seedy Soho nights of his last case - dubious businessmen in dodgy clubs, young girls on the game. And a killer on the loose.
In addition to the brand-new novella that fills in the gaps in Banks's life before Yorkshire,  Robinson gives us ten more stories 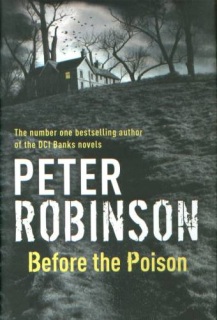 Peter Robinson: Before the Poison. signed
ISBN 9781444704839
UK 1st edition 1st impression hardback in an unclipped wrap.
Published by Hodder & Stoughton in 2011.
The wrap is  fine with some light edge creasing
The book is fine and appears unread. Edges lightly creamed.
Signed on the title page with no other inscriptions or dedication.
Through years of success in Hollywood composing music for Oscar-winning films, Chris Lowndes always imagined he would come full circle, home to Yorkshire with his beloved wife Laura.
Now he's back in the Yorkshire Dales, but Laura is dead, and Chris needs to make a new life for himself. The isolated house he buys sight unseen should give him the space to come to terms with his grief and the quiet to allow him to work.
Kilnsgate House turns out to be rather more than he expected, however. A man died there, sixty years ago. His wife was convicted of murder. And something is pulling Chris deeper and deeper into the story of Grace Elizabeth Fox, who was hanged by the neck until she was dead 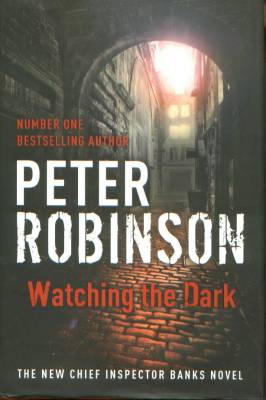 Peter Robinson: Watching the Dark. signed
ISBN 9781444704877
UK 1st edition 1st impression hardback in an unclipped wrap,
Published by Hodder & Stoughton in 2012.
The wrap is fine with some light edge wrinkling.
The book is fine.
Signed on the title page with no inscriptions or dedications.Detective Inspector Bill Quinn is killed by a crossbow in the tranquil grounds of a police rehabilitation centre, and compromising photos are found in his room. DCI Banks, brought in to investigate, is assailed on all sides.  By Joanna Passero, the Professional Standards inspector who insists on shadowing the investigation in case of police corruption.  By his own conviction that a policeman shouldn't be deemed guilty without evidence.   By Annie Cabbot, back at work after six months' recuperation, and beset by her own doubts and demons.    And by an English girl who disappeared in Estonia six years ago, who seems to hold the secret at the heart of this case . 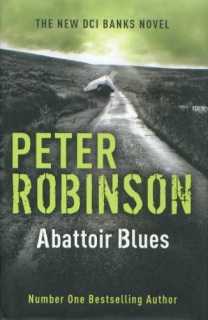 Peter Robinson: Abattoir Blues. signed
ISBN 9789781444704969
UK 1st edition 1st impression hardback in an unclipped wrap.
Published by Hodder & Stoughton in 2014.
The wrap is fine.
The book is fine. Tail slightly pushed.
When two boys vanish under mysterious circumstances, the local community is filled with unease. Then a bloodstain is discovered in a disused World War Two hangar nearby, and a caravan belonging to one of the youths is burned to the ground. Things quickly become much more sinister.
Assigned to the case, DCI Banks and his team are baffled by the mystery laid out before them. But when a motor accident throws up a gruesome discovery, the investigation spins into a higher gear - in another direction. As Banks and his team struggle desperately to find the missing boy who holds the key to the puzzle, they find themselves in a race against time where it's their turn to become the prey 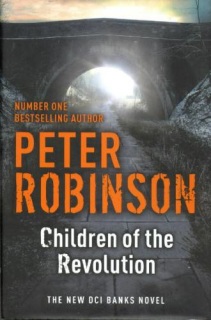 Published by Hodder & Stoughton in 2013.

A disgraced college lecturer is found murdered with 5,000 pounds in his pocket on a disused railway line near his home. Since being dismissed from his job for sexual misconduct four years previously, he has been living a poverty-stricken and hermit-like existence in this isolated spot.

The suspects range from several individuals at the college where he used to teach to a woman who knew the victim back in the early '70s at Essex University, then a hotbed of political activism. When Banks receives a warning to step away from the case, he realises there is much more to the mystery than meets the eye - for there are plenty more skeletons to come out of the closet . 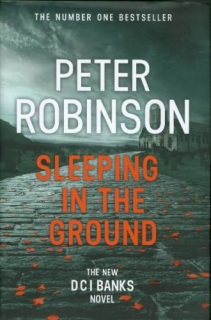 Published by Hodder & Stoughton in 2017.

The book is fine and appears unread. Pushed head and tail. Edges creamed.

A shocking mass murder occurs at a wedding in a small Dales church and a huge manhunt follows. Eventually, the shooter is run to ground and things take their inevitable course.

But Banks is plagued with doubts as to exactly what happened outside the church that day, and why. Struggling with the death of his first serious girlfriend and the return of profiler Jenny Fuller into his life, Banks feels the need to dig deeper into the murders, and as he does so, he uncovers forensic and psychological puzzles that lead him to the past secrets that might just provide the answers he is looking for.

When the surprising truth becomes clear, it is almost too late.