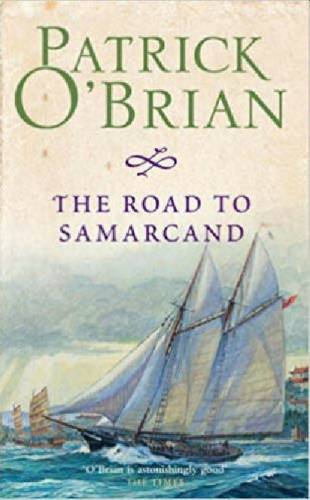 Patrick O'Brian: The Road to Samarcand.

When Derrick’s missionary parents are tragically murdered he is entrusted to his gruff uncle Sullivan, Captain of The Wanderer. After surviving a killer typhoon on the South China Sea, and accompanied by their eccentric elderly cousin, they set off across land to discover the treasures of Central Asia.

Derrick befriends a fierce Mongol warrior and must help him battle a ruthless Chinese warlord. Given a gift of priceless jade, the group is pursued into the inhospitable mountains of Tibet where they are caught between fierce mountain monks and a terrifying unnamed creature that stalks them through the snow 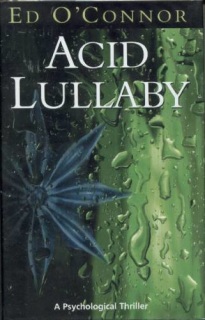 UK 1st edition 1st impression hardback in an unclipped wrap.
Published by Constable in 2003.
The wrap is fine.
The book is fine, new and unread. Tail lightly pushed.
Signed on the title page with no inscriptions or dedications.
A deranged predator on the rampage, a man with a terrible, drug fuelled obsession, a monster who thinks he's a god. The discovery of a decapitated body signals the start of a living nightmare for Inspector Alison Dexter. As she struggles to co-ordinate the manhunt, Dexter is suddenly forced to confront two demons from her own past: the arrival of a man that poisoned her career and the resurrected memory of a life she had to destroy. Returning to New Bolden CID after medical leave, John Underwood leams that Jack Harvey - the police psychiatrist that saved his own sanity - has been murdered. Events take on an added urgency when Harvey's wife is savagely abducted. Baffled by the killer's crazed modus operandi, Underwood becomes entangled in Dexter's investigation and eventually finds assistance from the unlikeliest of sources. 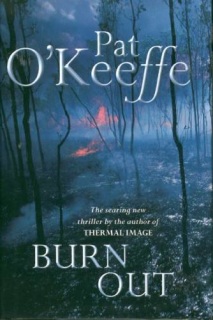 UK 1st edition 1st impression hardback in an unclipped wrap
Published by Hodder & Stoughton in 2002.
The wrap is fine.
The book is fine, new and unread. Tail  pushed. Edges lightly tanned.
Signed on the title page with no other inscriptions or dedication
Wales is supposed to be a rest cure, a chance to exorcise the demons of injury, guilt and betrayal. But before Steve Jay has even reached the remote clinic, he has had to deal with a house fire and a clear case of murder. Then he is caught in a forest fire, an elemental force: awesome, destructive, deadly. Steve Jay, seeking rest and isolation, has landed on an anthill, a vicious eco-war between the Welsh and a multi-national mining conglomerate. By degrees he is drawn into the battle, lured by a beautiful woman with a past: a past that will engulf him. He returns to London not whole, but functional; not healed, but rested, with breath enough to try to regain his position and self-respect. 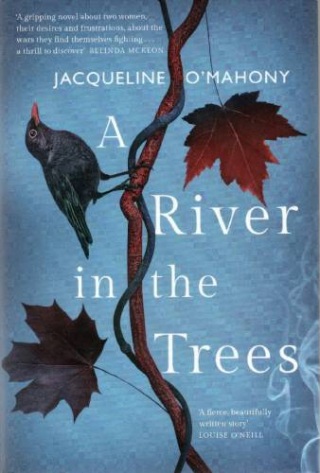 A River in the Trees: Jacqueline O'Mahony. H/B

Published by Riverrun in 2019.

The wrap is near fine with some head creasing.

The book is vg+. Slightly cocked.

Ireland is about to be torn apart by the War of Independence.

Hannah O'Donovan helps her father hide rebel soldiers in the attic, putting her family in great danger from the British soldiers who roam the countryside. An immediate connection between Hannah and O'Riada, the leader of this hidden band of rebels, will change her life and that of her family forever . . .

Ellen is at a crossroads: her marriage is in trouble, her career is over and she's grieving the loss of a baby. After years in London, she decides to come home to Ireland to face the things she's tried so hard to escape. Reaching into the past, she feels a connection to her ancestor, the mysterious Hannah O'Donovan. But why won't anyone in her family talk about Hannah? And how can this journey help Ellen put her life back together?

'A gripping novel about two women, their desires and frustrations, about the wars they find themselves fighting . . 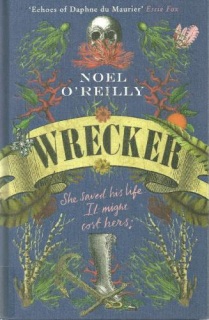 No wrap as issued

Shipwrecks are part of life in the remote village of Porthmorvoren, Cornwall. And as the sea washes the bodies of the drowned onto the beach, it also brings treasures: barrels of liquor, exotic fruit, the chance to lift a fine pair of boots from a corpse, maybe even a jewel or two.

When, after a fierce storm, Mary Blight rescues a man half-dead from the sea, she ignores the whispers of her neighbours and carries him home to nurse better. Gideon Stone is a Methodist minister from Newlyn, a married man. Touched by Mary’s sacrifice and horrified by the superstitions and pagan beliefs the villagers cling to, Gideon sets out to bring light and salvation to Porthmorvoren by building a chapel on the hill.

But the village has many secrets and not everyone wants to be saved. As Mary and Gideon find themselves increasingly drawn together, jealousy, rumour and suspicion is rife. Gideon has demons of his own to face, and soon Mary’s enemies are plotting against her…