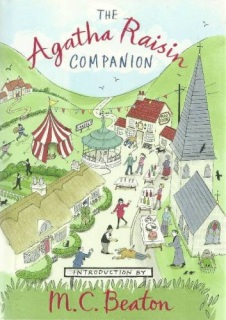 Published by Constable in 2010.

This book is a celebration of all things Agatha Raisin. It includes an introduction by M C Beaton, Agatha's biography, her background and retirement to the Cotswolds, her complex love life and the details of village life in Carsely.

There are brief biogs of all the men in her life (there are many), a piece on her cats Hodge and Boswell, and a section on Agatha's Cotswolds, both real and fictitious. Plot summaries of all twenty titles in the series, a quiz to test your Agatha knowledge and a selection of her favourite dishes in Raisin's Recipes rounds off the complete Agatha Companion.

It also features line drawings by Alice Tait - the artist of the all new covers in the Agatha Raisin series - throughout. 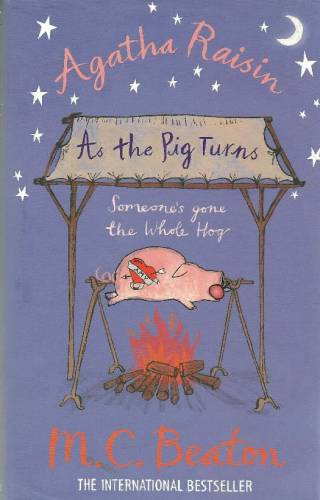 Published by Constable & Robinson in 2011.

The book is fine with a pushed tail and appears unread.

Winter Parva, a traditional Cotswolds village next door to Carsely, has decided to throw a celebratory hog roast to mark the beginning of the winter holiday festivities and Agatha Raisin has arrived with friend and rival in the sleuthing business, Toni, to enjoy the merriment. But as the spit pig is carried towards the bed of fiery charcoal Agatha - and the rest of the village - realise that things aren't as they seem... Very quickly it transpires that the spit pig is in fact Gary Beech, a policeman not much loved in Winter Parva. And although Agatha has every intention of leaving the affair to the police, she rapidly changes her mind when she finds out Gary's ex-wife has hired Toni to investigate. Cantankerous and competitive as Agatha is, she has to now join the fray and try and solve the case herself! 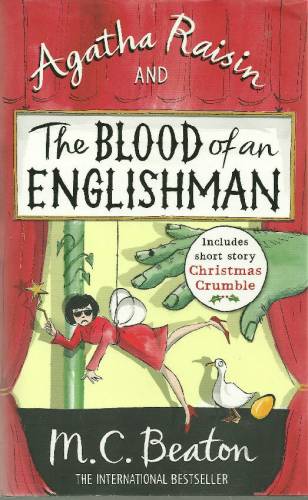 Published by Constable in 2014.

Even though Agatha Raisin loathes Christmas panto, her friend Mrs Bloxby, the vicar's wife, has persuaded her to support the local am dram society in their festive offering. Stifling a yawn at the production of Babes in the Wood, Agatha watches the baker playing an ogre strut and threaten on stage until a trapdoor opens. followed by a scream and silence!

Surely this wasn't the way the scene was rehearsed? When it turns out the local baker had been murdered most horribly, Agatha puts her team of detectives on the case. And they soon discover more feuds and temperamental behaviour in amateur dramatics than in a professional stage show - and face more and more danger as Agatha and her team get too close to the killer. 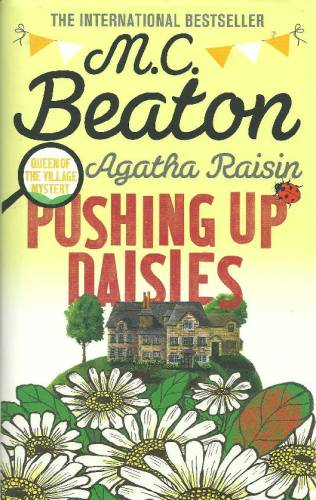 Published by Constable in 2016.

Lord Bellington has enraged locals by saying he is going to sell off their allotments to make way for a new housing development. So when he turns up dead, poisoned by antifreeze, nobody mourns his passing.

On another fine summer's day, Agatha visits Carsley's allotments where everything looks peaceful and perfect: people of all ages digging in the soil and working hard to grow their own fruit and veg. Agatha feels almost tempted to take on a strip herself . . . but common sense soon prevails. She doesn't really like getting her hands dirty.

She is introduced to three keen gardeners; Harry Perry, Bunty Daventry and Josephine Merriweather are lamenting the neglected condition of a patch that has become available. But as Harry starts to shovel through the weeds and grass his spade comes across something hard so he bends down and tries to move the object. And he starts to yell . . .

The body is that of Peta Currie, a newcomer to the village - but who would want to murder her? Blonde and beautiful, she's every local male's favourite. And then Lord Bellington's son engages Agatha to do some digging of her own and very soon Agatha is thrown into a world of petty feuds, jealousies and disputes over land. It would seem that far from being tiny gardens of Eden, Carsley's allotments are local battlefields where passions - and the bodycount - run high! 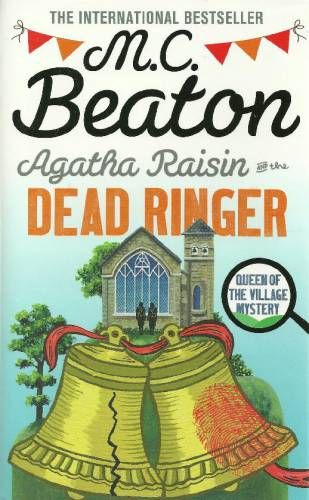 Published by Constable in 2018.

The team of bells at St. Ethelred church is the pride and glory of the idyllic Cotswolds village of Thirk Magna, together with the most dedicated bell ringers in the whole of England: the twins Mavis and Millicent Dupin.

As the village gets ready for the Bishop's visit, the twins get overly-excited at the prospect of ringing the special peal of bells created for the occasion and start bullying the other bell ringers, forcing them to rehearse and rehearse . . . so much so that Joseph Kennell, a retired lawyer, yells at the sisters that he 'felt like killing them'!

When the twins' home is broken into one night and Millicent is found dead, struck from a hammer blow, suspicion falls onto the lawyer.

Will Agatha unmask the real killer and clear Joseph's name? 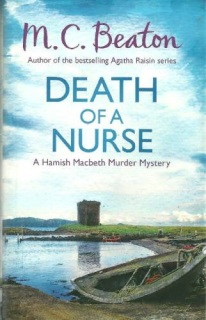 Published by Constable in 2016.

James Harrison has recently moved to a restored hunting lodge in Sutherland with his gorgeous private nurse Gloria Dainty. When Hamish visits Mr. Harrison to welcome him to the neighborhood, the old man treats him very rudely. Gloria apologises for her employer's behavior, and Hamish takes the plunge and invites her out for dinner.

On the appointed evening, Hamish waits for Gloria at the restaurant. And waits. But Gloria never shows up.

Four days later, Gloria's body washes up on the beach near Braikie. She's been strangled. Now, without a date and without his former policeman Dick Fraser - who left the force to buy a bakery - Hamish must find out who killed the beautiful new resident of Sutherland, and why, before the murderer strikes again...