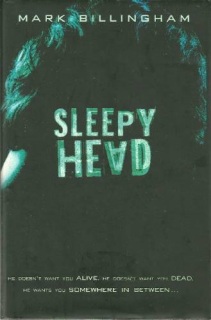 The wrap is vg with some edge wrinkling and rubbing.

It's rare for a young woman to die from a stroke and when three such deaths occur in short order it starts to look like an epidemic. Then a sharp pathologist notices traces of benzodiazepine in one of the victim's blood samples and just traceable damage to the ligaments in her neck, and their cause of death is changed from 'natural' to murder.

The police aren't making much progress in their hunt for the killer until he appears to make a mistake: Alison Willetts is found alive and D.I. Tom Thorne believes the murderer has made a mistake, which ought to allow them to get on his tracks. But it was the others who were his mistakes: he doesn't want to take life, he just wants to put people into a state where they cannot move, cannot talk, cannot do anything but think.

When Thorne, helped by the neurologist looking after Alison, starts to realise what he is up against he knows the case is not going to be solved by normal methods - before he can find out who did it he has to understand why he's doing it. 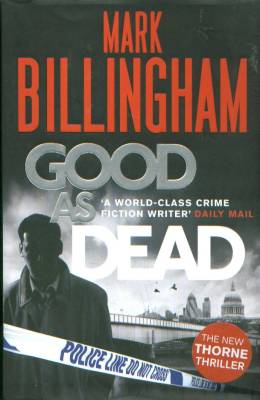 Mark Billingham: Good As Dead. signed
ISBN 9781847444196
UK 1st edition 1st impression hardcover in an unclipped wrap.
Published by Little, Brown in 2011.
The wrap is near fine with some light edge wear.
The book is fine.
Signed on the title page with no inscriptions or dedications.
Police officer Helen Weeks walks into her local newsagent's on her way to work. Little does she know that this simple daily ritual will change her life forever. It's the last place she expects to be met with violence, but as she waits innocently at the till, she comes face to face with a gunman
The crazed hostage-taker is desperate to know what really happened to his beloved son, who died a year before in youth custody. By holding a police officer at gunpoint, he will force the one man who knows more about the case than any other to re-investigate his son's death. That man is DI Tom Thorne 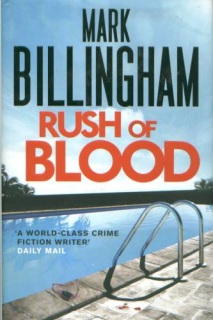 The wrap is near fine with some creasing to the head.

Three couples meet around the pool on their Florida holiday and become fast friends. But on their last night, their perfect holiday takes a tragic twist: the teenage daughter of another holidaymaker goes missing, and her body is later found floating in the mangroves.

When the shocked couples return home, they remain in contact, and over the course of three increasingly fraught dinner parties they come to know one another better. But they don't always like what they find: buried beneath these apparently normal exteriors are some dark secrets, hidden kinks, ugly vices...

Then, a second girl goes missing. 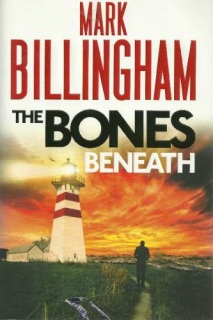 Mark Billingham: The Bones Beneath. signed

The wrap is fine with some very light shelf wear.

Tom Thorne is back in charge - but there's a terrifying price to pay. Stuart Nicklin, the most dangerous psychopath he has ever put behind bars, promises to reveal the whereabouts of a body he buried twenty-five years before. But only if Thorne agrees to escort him.

Unable to refuse, Thorne gathers a team and travels to a remote Welsh island, at the mercy of the weather and cut off from the mainland. Thorne is determined to get the job done and return home before Nicklin can outwit them.

But Nicklin knows this island well and has had time to plan ahead. Soon, new bodies are added to the old, and Thorne finds himself facing the toughest decision he has ever had to make 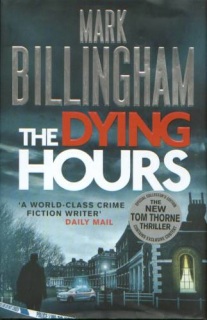 Mark Billingham: The Dying Hours. signed
ISBN 9781847444233
UK 1st edition 1st impression hardback in an unclipped wrap.
Published by Little, Brown in 2013.
The wrap is fine with lightly creased edges.
The book is fine with the head and tail pushed.
Signed on the title page with no other inscription or dedication.
A cluster of suicides among the elderly. Such things are not unknown to the police and the deaths are quickly dismissed by the police as routine. Only one man is convinced that something more sinister is taking place.
However, no one listens to Tom Thorne anymore. Having stepped out of line once too often, he's back in uniform and he hates it. Patronised and abused by his new colleagues, Thorne's suspicions about the suicides are dismissed by the Murder Squad he was once part of and he is forced to investigate alone.
Unable to trust anyone, Thorne must risk losing those closest to him.He must gamble with the lives of those targeted by a killer unlike any he has hunted before. A man with nothing to lose and a growing list of victims. A man with the power to make people take their own lives.