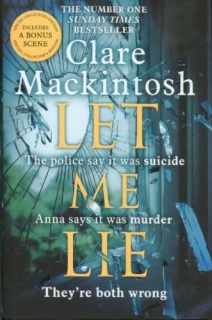 The police say it was suicide.

Anna says it was murder.

One year ago, Caroline Johnson chose to end her life brutally: a shocking suicide planned to match that of her husband just months before. Their daughter, Anna, has struggled to come to terms with their loss ever since.

Now with a young baby of her own, Anna misses her mother more than ever and starts to ask questions about her parents' deaths. But by digging up the past, is she putting her future in danger? Sometimes it's safer to let things lie . 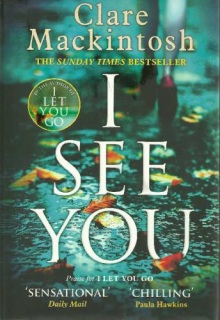 Clare Mackintosh: I See You. signed

The wrap is fine with a tiny chip to the top front corner.

The book is fine and appears unread. Pushed at the tail.

When Zoe Walker sees her photo in the classifieds section of a London newspaper, she is determined to find out why it's there. There's no explanation, no website: just a grainy image and a phone number. She takes it home to her family, who are convinced it's just someone who looks like Zoe. But the next day the advert shows a photo of a different woman, and another the day after that. 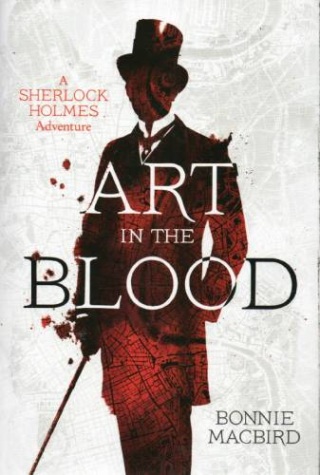 Bonnie McBird: Art in the Blood

Published by Collins Crime Club in 2015.

London. A snowy December, 1888. Sherlock Holmes, 34, is languishing and back on cocaine after a disastrous Ripper investigation. Watson can neither comfort nor rouse his friend – until a strangely encoded letter arrives from Paris.

Mlle La Victoire, a beautiful French cabaret star writes that her illegitimate son by an English lord has disappeared, and she has been attacked in the streets of Montmartre.

Racing to Paris with Watson at his side, Holmes discovers the missing child is only the tip of the iceberg of a much larger problem. The most valuable statue since the Winged Victory has been violently stolen in Marseilles, and several children from a silk mill in Lancashire have been found murdered. The clues in all three cases point to a single, untouchable man.

Will Holmes recover in time to find the missing boy and stop a rising tide of murders? To do so he must stay one step ahead of a dangerous French rival and the threatening interference of his own brother, Mycroft.

This latest adventure, in the style of Sir Arthur Conan Doyle, sends the iconic duo from London to Paris and the icy wilds of Lancashire in a case which tests Watson's friendship and the fragility and gifts of Sherlock Holmes' own artistic nature to the limits. 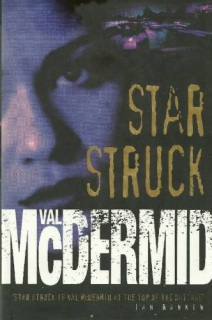 Published by Harper Collins in 1998.

The wrap is near fine with a little shelf wear.

The book is near fine, with head and tail pushed. Creamed edges

Bodyguarding had never made it to Manchester PI Kate Brannigan’s wish list. But somebody’s got to pay the bills at Brannigan & Co, and if the only earner on offer is playing nursemaid to a paranoid soap star, the fast-talking computer-loving white collar crime expert has to swallow her pride and slip into something more glam than her Thai boxing kit.

Then offstage dramas threaten to overshadow the fictional storylines till the unscripted murder of the self-styled ‘Seer to the Stars’ stops the show,

And you just can’t get the help these days. Her process server keeps getting arrested; her tame hacker has found virtual love; her best friend is besotted with baby; and the normally reliable Dennis has had the temerity to get himself arrested for murder as a result of his latest dodgy business venture. 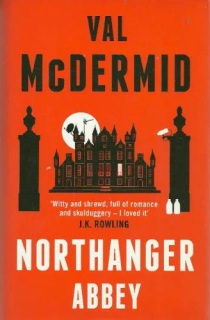 Published by Borough Press in 2014.

Seventeen-year-old Catherine ‘Cat’ Morland has led a sheltered existence in rural Dorset, a life entirely bereft of the romance and excitement for which she yearns. So when Cat’s wealthy neighbours, the Allens, invite her to the Edinburgh Festival, she is sure adventure beckons.Edinburgh initially offers no such thrills: Susie Allen is obsessed by shopping, Andrew Allen by the Fringe. A Highland Dance class, though, brings Cat a new acquaintance: Henry Tilney, a pale, dark-eyed gentleman whose family home, Northanger Abbey, sounds perfectly thrilling. And an introduction to Bella Thorpe, who shares her passion for supernatural novels, provides Cat with a like-minded friend. But with Bella comes her brother John, an obnoxious banker whose vulgar behaviour seems designed to thwart Cat’s growing fondness for Henry. 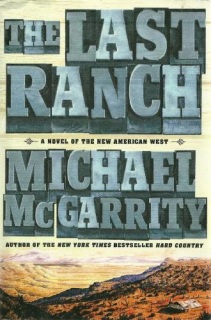 The wrap is vg with some shelf wear and creasing to the head.

The book is near fine with head and tail pushed and a tiny bump to top rear corner.

When Matthew Kerney returns to his ranch in the beautiful San Andres Mountains after serving in Sicily during World War II, he must not only fight to recover physically and emotionally from a devastating war injury, but he must also battle attempts by the U.S. Army to seize control of his land for expanded weapons testing.

Forced off public grazing lands, banned from gathering his cattle on high mountain pastures, and confronted by military police guarding a high security army post on the northern reaches of the range, Matt finds himself at the center of a heavy-handed government land-grab. The reasons behind this surge of secrecy and control become clear when Matt witnesses the boiling, blinding explosion of the first atom bomb at Trinity Site.

As he struggles with an aging, stove-up father no longer able to carry a heavy load at the ranch, an ex-convict intent on killing him, and a failing relationship with a woman he dearly loves, Matt must draw upon all his mental and physical resources to keep his world--and the people in it--from collapsing. 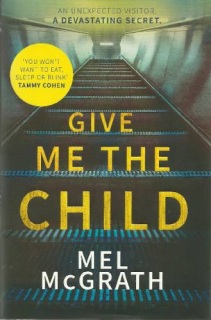 Mel McGrath: Give Me The Child. signed

Signed on the title page with no other inscriptions or dedication

Imagine your doorbell rings in the middle of the night.

You open the door to the police.

With them is your husband’s eleven-year-old love child. A daughter you never knew he had.

Her mother has been found dead in their south London flat.

She has nowhere else to go.

WOULD YOU TAKE HER IN?

Compulsive, dark and devastating, Give Me the Child is a uniquely skilful thriller with an unforgettable twist. 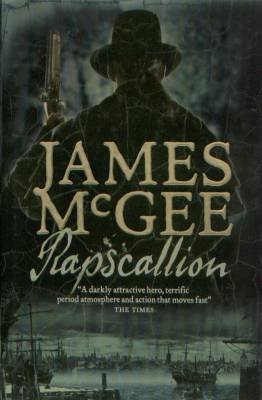 James McGee: Rapscallion. signed.
ISBN 9780007212729
UK 1st edition 1st impression hardback in an unclipped wrap.
Published by Harper Collins in 2008.
The wrap is fine.
The book is fine, new and unread.
Signed on the title page with no other inscription or dedication.
Matthew Hawkwood, ex-soldier turned Bow Street Runner, goes undercover to hunt down smugglers and traitors at the height of the Napoleonic Wars in this thrilling follow-up to Ratcatcher.
For a French prisoner of war, there is only one fate worse than the gallows: the hulks. Former man-o'-wars, now converted to prison ships, their fearsome reputation guarantees a sentence served in the most dreadful conditions. Few survive. Escape, it's said, is impossible. Yet reports persist of a sinister smuggling operation within this brutal world – and the Royal Navy is worried enough to send two of its officers to investigate.
But when they disappear without trace, the Navy turns in desperation to Bow Street for help. It's time to send in a man as dangerous as the prey. It's time to send in Hawkwood…