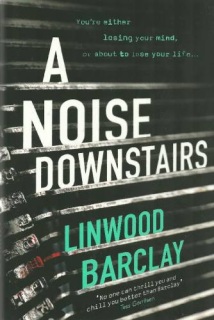 Paul Davis forgets things - he gets confused, he has sudden panic attacks. But he wasn't always like this.

Eight months ago, Paul found two dead bodies in the back of a co-worker's car. He was attacked, left for dead, and has been slowly recovering ever since. His wife tries her best but fears the worst...

Therapy helps during the days, but at night he hears things - impossible things - that no one else can. That nobody else believes. Either he's losing his mind - or someone wants him to think he is.

Just because he's paranoid doesn't mean it's not happening... 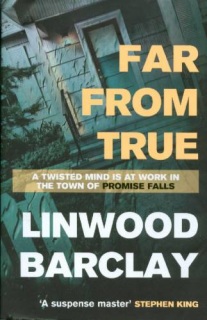 A freak accident has killed Lucy Brighton's father. And when she goes to his house, she's convinced that someone has broken in. She asks private investigator Cal Weaver to look into it - but isn't prepared for what he'll find.

Cal discovers a secret 'playroom' in the basement, complete with video equipment, and it looks as though there's a missing recording.

How does the stolen DVD connect to the other disturbing events that are happening in the town? As Cal investigates further, and more people start dying in mysterious circumstances, it's clear that someone is targeting Promise Falls. But who - and how far will they go? 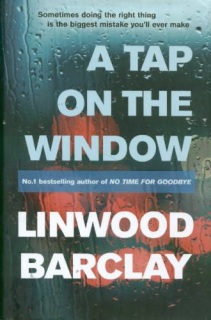 Linwood Barclay: A Tap on the Window. signed

The book is fine with head and tail pushed. It appears unread.

When Cal Weaver stops at red light on a rainy night while driving home, he ignores the bedraggled-looking teenaged girl trying to hitch a lift. Even when she starts tapping on his window. But when she says, 'Hey, aren't you Scott's dad?' and he realizes she's one of his son's classmates, he can't really ignore her. OK, so giving a ride to a teenage girl might not be the smartest move, but how much harm could it do?

Over the next 24 hours Cal is about to find out. When the girl, Claire, asks to stop at a restroom on the way home, he's happy to oblige. But the girl who gets back in the car seems strangely nervous, and it's only when they get nearer their destination that Cal realizes she no longer has the nasty cut that he noticed on Claire's hand. After he's finally let her out of the car he remains puzzled and intrigued. But it's only the next morning that he starts to really worry. That's when the police cruiser turns up at his door and asks him if he gave a lift to a girl the previous night. A girl who has now been found brutally murdered. 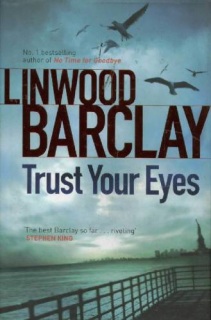 The wrap is vg+ with some edge creasing.

The book is near fine/vg+ with head and tail pushed and a tiny bump bottom front corner. Edges lightly tanned.

A schizophrenic man spends his days and nights on a website called Whirl360, believing he's employed by the CIA to store the details of every town and city in the world in his head.

Then one day, he sees something that shouldn't be there: a woman being murdered behind a window on a New York street.

Suddenly Thomas has more to deal with than just his delusions, as he gets drawn into a deadly conspiracy.