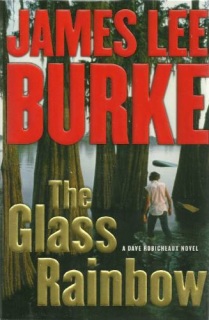 Detective Dave Robicheaux is back in New Iberia, Louisiana, and embroiled in the most harrowing and dangerous case of his career. Seven young women in neighboring Jefferson Davis Parish have been brutally murdered. While the crimes have all the telltale signs of a serial killer, the death of Bernadette Latiolais, a high school honor student, doesnt fit: she is not the kind of hapless and marginalized victim psychopaths usually prey upon. Robicheaux and his best friend, Clete Purcel, confront Herman Stanga, a notorious pimp and crack dealer whom both men despise. When Stanga turns up dead shortly after a fierce beating by Purcel, in front of numerous witnesses, the case takes a nasty turn, and Cletes career and life are hanging by threads over the abyss.

Adding to Robicheauxs troubles is the matter of his daughter, Alafair, on leave from Stanford Law to put the finishing touches on her novel. Her literary pursuit has led her into the arms of Kermit Abelard, celebrated novelist and scion of a once prominent Louisiana family whose fortunes are slowly sinking into the corruption of Louisianas subculture. Abelards association with bestselling ex-convict author Robert Weingart, a man who uses and discards people like Kleenex, causes Robicheaux to fear that Alafair might be destroyed by the man she loves. As his daughter seems to drift away from him, he wonders if he has become a victim of his own paranoia. But as usual, Robicheauxs instincts are proven correct and he finds himself dealing with a level of evil that is greater than any enemy he has confronted in the past. 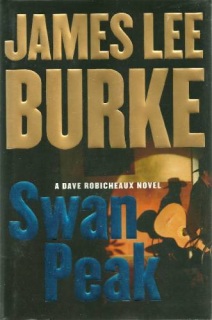 After the devastating events recounted in THE TIN ROOF BLOWDOWN, Dave Robicheaux and his ex-partner in Homicide, Clete Purcel, head for the mountains and trout streams of Montana for some much-needed healing.

However, while Montana might seem an unspoilt paradise peopled by men and women from an earlier, more innocent time in American history, Dave and Clete soon find that there are plenty of serpents in the garden too. The deaths of a couple of hikers suggest a perverted serial killer may be at work, while an escaped jailbird and his former tormentor are locked in a savage dance of revenge that is ultimately connected to the fortunes of a wealthy oil family hiding a terrible secret. 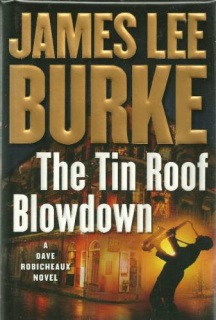 The story begins with the shooting of two would-be looters in New Orleans during Hurricane Katrina, and then follows a motley group of characters - from street thugs to a big-time mob boss, from a junkie priest to a sadistic psychopath - as their stories converge on a cache of stolen diamonds, while the storm turns the Big Easy into a lawless wasteland of apocalyptic proportions. The nightmarish landscape created by Katrina seems the perfect setting for Burke's almost Biblical visions of good and evil - it is as if he had to wait for this disaster to find the occasion to match his emotionally supercharged prose. You can feel the undercurrents of rage and pain beneath the narrative, making this not only his most personal and deeply felt book for some time, but quite possibly his best novel to date. This is not just a superb crime novel, it is potentially THE fictional chronicle of a disaster whose human dimensions America is still struggling to process. 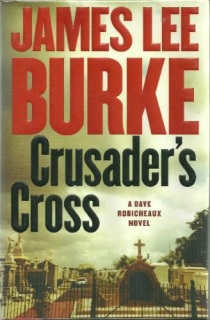 The book is fine, new and unread. Pushed a little head and tail.

In the summer of 1958, Dave Robicheaux and his half-brother Jimmie are just out of high school. Jimmie and Dave get work with an oil company, laying out rubber cables in the bays and mosquito-infested swamps all along the Louisiana-Texas coastline. But on the Fourth of July, change approaches in the form of Ida Durbin, a sweet-faced young woman with a lovely voice and a mandolin. Jimmie falls instantly in love with her. But Ida's not free to love - she's a prostitute, in hock to a brutal man called Kale. Jimmie agrees to meet Ida at the bus depot, ready for the road to Mexico. But Ida never shows.

That was many years ago. Now, an older, well-worn Dave walks into Baptist Hospital to visit a man called Troy Bordelon, who wants to free himself of a dark secret before he dies. A bully and a sadist, he has a lot to confess to - but he chooses to talk about a young girl, a prostitute who he glimpsed briefly as a kid, bloodied and beaten, tied to a chair in his uncle's house. 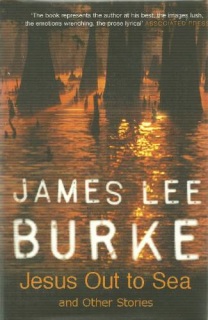 Signed on a bookplate on the half title page.

This powerful collection of James Lee Burke's short fiction ranges across landscapes that he has made his own, from rural Louisiana and Mississippi to war-torn Vietnam and a New Orleans ravaged by Hurricane Katrina. Told with his trademark blend of lyrical prose and hard-eyed realism, they bring a host of extraordinary characters to vivid life: soldiers and prostitutes, nuns and children, musicians and gangsters, all the while movingly exploring 'the near certainty of tragedy to come and the smoldering embers of possibility in the ashes of blighted lives' (BOOKLIST).

Whether bittersweet evocations of childhood and a New Orleans that was 'a song, not a city', or pain-fuelled tales of wartime atrocities and the destruction of a modern-day Atlantis, these stories go right to the heart of the American experience, confirming James Lee Burke as one of its most profound chroniclers. 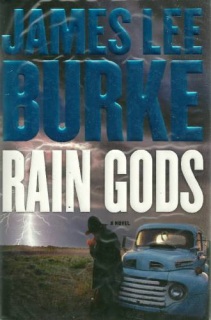 The book is fine, new and unread. Pushed a little at the head.

Signed on the title page with no dedication or inscription.

When Hackberry Holland became sheriff of a tiny Texas town near the Mexican border, he'd hoped to leave certain things behind: his checkered reputation, his haunted dreams, and his obsessive memories of the good life with his late wife, Rie. But the discovery of the bodies of nine illegal aliens, machine-gunned to death and buried in a shallow grave behind a church, soon makes it clear that he won't escape so easily.

As Hack and Deputy Sheriff Pam Tibbs attempt to untangle the threads of this complex and grisly case, a damaged young Iraq veteran, Pete Flores, and his girlfriend, Vikki Gaddis, are running for their lives, hoping to outwit the bloodthirsty criminals who want to kill Pete for his involvement in the murders. The only trouble is, Pete doesn't know who he's running from: drunk and terrified, he fled the scene of the crime when the shooting began. And there's a long list of people who want Pete and Vikki dead: crime boss Hugo Cistranos, who hired Pete for the operation; Nick Dolan, a strip club owner and small-time gangster with revenge on his mind; and a mysterious God-fearing serial-killer-for-hire known as Preacher Jack Collins, with enigmatic motives of his own.