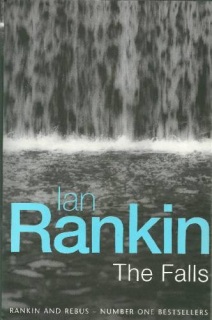 The wrap is fine with a little edge wrinkling.

The book is fine with a pushed tail and appears unread. Edges creamed.

Signed on the title page and with a hangman doodle. No inscription or dedication.

A student has gone missing in Edinburgh. She's not just any student, though, but the daughter of well-to-do and influential bankers. There's almost nothing to go on until DI John Rebus gets an unmistakable gut feeling that there's more to this than just another runaway spaced out on unaccustomed freedom. Two leads emerge: a carved wooden doll in a toy coffin, found in the student's home village, and an Internet role-playing game. The ancient and the modern, brought together by uncomfortable circumstance . . . 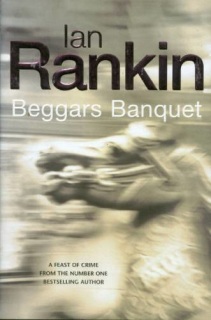 UK 1st edition 1st impression hardback in an unclipped wrap.
Published by Orion in 2002.
The wrap is fine.
The book is fine, with  browned edges.
Signed on the title page with no other inscriptions or dedication
Over the years, Ian Rankin has amassed an incredible portfolio of short stories. Published in crime magazines, composed for events, broadcast on radio, they all share the best qualities of his phenomenally popular mystery novels. A GOOD HANGING - Ian's first short story collection - demonstrated this talent and BEGGAR'S BANQUET is the eagerly awaited follow-up.

Ranging from the macabre (THE HANGED MAN) to the unfortunate (THE ONLY TRUE COMEDIAN) right back to the sinister (SOMEONE GOT TO EDDIE) they all bear the hallmark of great crime writing. 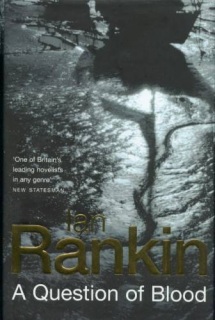 The book is fine, new and appears unread. Edges creamed.

Signed on the title page and with a Noughts & Crosses doodle. No inscription or dedication.

A shooting incident at a private school just north of Edinburgh. Two seventeen-year olds killed by an ex-Army loner who has gone off the rails. As Detective Inspector John Rebus puts it, 'there's no mystery'... except the why. But this question takes Rebus into the heart of a shattered community. Ex-Army himself, Rebus becomes fascinated by the killer, and finds he is not alone. Army investigators are on the scene, and won't be shaken off. The killer had friends and enemies to spare - ranging from civic leaders to the local Goths - leaving behind a legacy of secrets and lies. Rebus has more than his share of personal problems, too. He's fresh out of hospital, hands heavily bandaged, and he won't say how it happened. Could there be a connection with a house-fire and the unfortunate death of a petty criminal who had been harrassing Rebus's colleague Siobhan Clarke? Rebus's bosses seem to think so.. 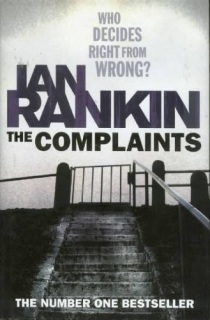 Ian Rankin: The Complaints. signed
ISBN 9780752889511
UK 1st edition 1st impression hardback in an unclipped wrap.
Published by Orion in 2009.
The wrap is near fine with some edge wrinkling and tiny chipping.
The book is fine, with  pushed head and tail. It appears unread. Edges lightly creamed.
Signed "To Andy. Hopefully no complaints!" and with a small noughts and crosses doodle.
Nobody likes The Complaints - they're the cops who investigate other cops. They're known colloquially as 'The Dark Side', or simply 'The Complaints'. It's where Malcolm Fox works. He's just had a result, and should be feeling good about himself. But he's a man with problems of his own. He has an increasingly frail father in a care home and a sister who persists in an abusive relationship - something which Malcolm cannot seem to do anything about.
But, in the midst of an aggressive Edinburgh winter, the reluctant Fox is given a new task. There's a cop called Jamie Breck, and he's dirty. The problem is, no one can prove it. 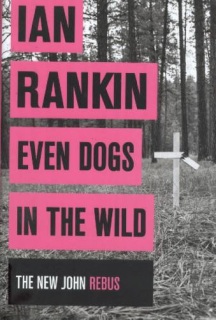 UK 1st edition 1st impression hardback in an unclipped wrap.
Published by Orion in 2015.
The wrap is near fine with some creasing to the head.
The book is fine, with a pushed head and tail.
Signed on the title page with no other inscriptions or dedication
Retirement doesn't suit John Rebus. He wasn't made for hobbies, holidays or home improvements. Being a cop is in his blood.
So when DI Siobhan Clarke asks for his help on a case, Rebus doesn't need long to consider his options.
Clarke's been investigating the death of a senior lawyer whose body was found along with a threatening note. On the other side of Edinburgh, Big Ger Cafferty - Rebus's long-time nemesis - has received an identical note and a bullet through his window.
Now it's up to Clarke and Rebus to connect the dots and stop a killer. 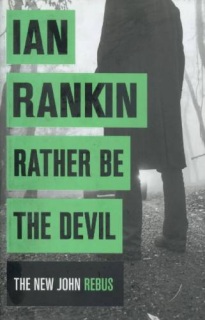 Ian Rankin: Rather Be The Devil. signed

The book is fine, new and unread

Signed on the title page and with a small face doodle. No inscription or dedication.

Some cases never leave you.

For John Rebus, forty years may have passed, but the death of beautiful, promiscuous Maria Turquand still preys on his mind. Murdered in her hotel room on the night a famous rock star and his entourage were staying there, Maria's killer has never been found.

Meanwhile, the dark heart of Edinburgh remains up for grabs. A young pretender, Darryl Christie, may have staked his claim, but a vicious attack leaves him weakened and vulnerable, and an inquiry into a major money laundering scheme threatens his position. Has old-time crime boss Big Ger Cafferty really given up the ghost, or is he biding his time until Edinburgh is once more ripe for the picking?