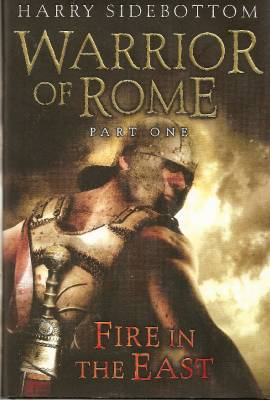 Harry Sidebottom: A Fire in the East

Published by Michael Joseph in 2008.

AD 255 – the Roman Imperium is stretched to breaking point, its authority and might challenged throughout the territories and along every border. Yet the most lethal threat lurks far to the east in Persia, where the massing forces of the Sassanid Empire loom with fiery menace. The far-flung and isolated citadel of Arête faces out across the wasteland, awaiting the inevitable invasion.

One man is sent to marshall the defences of this lonely city – one man to shore up the crumbling walls of a once indomitable symbol of Roman power – a man whose name itself means war, a man called Ballista. Alone, Ballista is called to muster the forces and the courage to stand first and to stand hard against the greatest enemy ever to confront the Imperium. 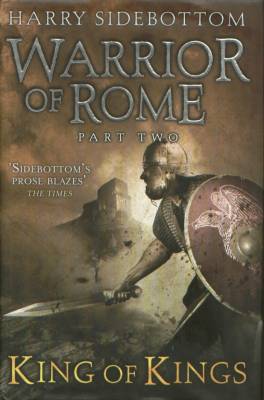 Harry Sidebottom: Warrior Of Rome-King Of Kings. signed
ISBN 9780718153311
UK 1st edition 1st impression hardback in an unclipped wrap.
Published by Michael Joseph in 2009.
The wrap is fine with some light edge wrinkling.
The book is near fine and very slightly cocked with a pushed head and tail. Edges lightly tanned.
Signed on the title page with no dedication or inscription.
AD256 - the spectre of treachery hangs ominously over the Roman Empire. The imperium is alive with the machinations of dangerous and powerful men. All the while, Sassanid forces press forward relentlessly along the eastern frontier. The battle-bloodied general Ballista returns to the imperial court from the fallen city of Arete - only to find that there are those who would rather see him dead than alive. 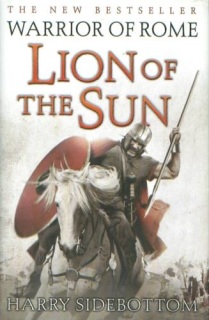 Harry Sidebottom: Lion of the Sun
ISBN 9780718153328
UK 1st edition 1st impression hardback in an unclipped wrap.
Published by Michael Joseph in 2010..
The wrap is fine with some edge creasing.
The book is fine with lightly tanned  edges and a pushed tail.
Signed on the title page with no inscriptions or dedication.
Mesopotamia, AD 260
Betrayed by his most trusted adviser, the Roman Emperor Valerian has been captured by the Sassanid barbarians. The shame of the vanquished beats down mercilessly like the white sun, as the frail old emperor prostrates himself before Shapur, King of Kings.
Ballista looks on helplessly, but vows under his breath to avenge those who have brought the empire to the brink of destruction with their treachery. One day, maybe not soon, but one day, I will kill you . . . But first he must decide what price he will pay for his own freedom.
Only the fearless and only those whom the gods will spare from hell can now save the empire from a catastrophic ending.
Ballista, the Warrior of Rome, faces his greatest challenge yet. 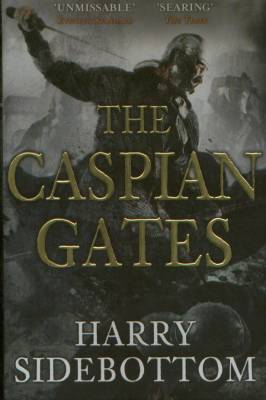 Harry Sidebottom: The Caspian Gates. signed
ISBN 9780718155919
UK 1st edition 1st impression hardback in an unclipped wrap.
Published by Michael Joseph in 2011.
The wrap is fine with some light edge wrinkling.
The book is fine, pushed lightly at head and tail. It appears unread. Edges creamed
Signed on the title page with no dedication or inscription.
AD262 - the Imperium is in turmoil after the struggle for the throne.  Ephesus, Asia's metropolis, lies in ruins, shattered by a mighty earthquake. Its citizens live in fear as the mob overwhelms the city, baying for blood to avenge the gods who have punished them.
An even greater threat to the Empire advances from the North. The  Goth tribes sail towards Ephesus, determined to pillage the city. Only Ballista, Warrior of Rome, knows the ways of the barbarians, and only he can defeat them.
The Goths' appetite for brutality and destruction is limitless and before long Ballista is locked into a deadly bloodfeud, with an enemy that has sworn to destroy him - and the Imperium - at all costs. 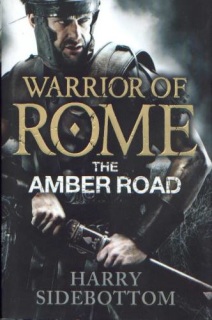 Harry Sidebottom: The Amber Road.
ISBN 9780718155957
UK 1st edition 1st impression hardback in an unclipped wrap.
Published by Michael Joseph in 2013..
The wrap is fine with some edge creasing.
The book is near fine with a pushed tail, slightly cocked and a small nick to the  top of page 236
Signed on the title page with no inscriptions or dedication.
AD 264 - The Roman Empire is torn in two.
The western provinces - Gaul, Spain and Britain - have been seized by the pretender Postumus. To the east, on the plains of northern Italy, the armies of the emperor Gallienus muster.
War is coming. Everyone must choose a side.
On a mission shrouded in secrecy and suspicion, Ballista must journey The Amber Road to the far north to Hyperborea, back to his original home and the people of his birth.
A fearsome, masked warlord attacks, bringing fire and sword against the Angles. Yet not all welcome Ballista`s return.
Does treachery pose the greatest danger? 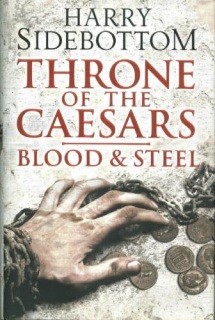 Harry Sidebottom: Blood and Steel
ISBN 9780007499885
UK 1st edition 1st impression hardback in an unclipped wrap.
Published by Harper Collins in 2015.
The wrap is fine.
The book is near fine with a pushed tail. Slightly cocked.
Signed on the title page with no inscriptions or dedication.
Rome, AD238
Emperor Maximinus’ reign hangs in the balance. At the helm of an empire that is bleeding manpower and money to sustain his wars in the north, rebellions flare in the far reaches of its territories.
In Africa, Gordian the Elder and Younger are proclaimed as the new Augusti. A family descending from the imperial bloodline, they represent a chance for the establishment to take back the empire.
In Rome, the first blood of the revolt is shed when an assassin murders Maximinus’ prefect and announces to Rome that their ruler is dead and the Gordians have taken the throne. The Senate endorses the rebellion: the Gordiani are hailed as Emperors. 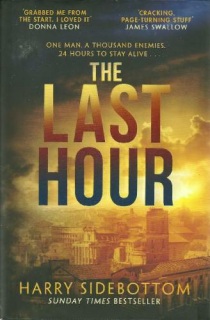 The book is near fine with a tiny dent to the top rear board.

A lone figure stands silhouetted atop the Mausoleum of Hadrian. Behind him, the sun is setting over the centre of the known world. Far below, the river is in full flood. The City of Rome lies spread out before him on the far bank.

Footsteps pound up the stairs. He's been set up. An enemy is closing in; he is cornered. He jumps.

Bruised and battered, he crawls out of the raging river. He is alone and unarmed, without money or friends, trapped in a deadly conspiracy at the heart of the Empire. The City Watch has orders to take him alive; other, more sinister, forces want him dead. As the day dies, he realises he has only 24 hours to expose the conspirators, and save the leader of the world. If the Emperor dies, chaos and violence will ensue. If the Emperor dies, every single person he loves will die.

He must run, bluff, hide and fight his way across the Seven Hills.

He must reach the Colosseum, and the Emperor.

He must make it to The Last Hour..