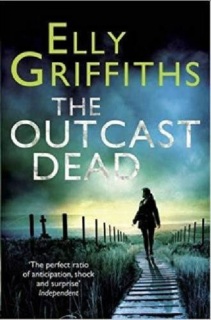 The wrap is fine with a amall amount of shelf wear.

The book is fine, new and unread. Edges lightly tanned.

Forensic archaeologist Ruth Galloway has excavated a body from the grounds of Norwich Castle, once a prison. The body may be that of Victorian murderess Jemima Green. Called Mother Hook for her claw-like hand, Jemima was hanged for the murder of five children. DCI Harry Nelson has no time for long-ago killers. Investigating the case of three infants found dead, one after the other, in their King's Lynn home, he's convinced that their mother is responsible. Then a child goes missing. Could the abduction be linked to the long-dead Mother Hook? Ruth is pulled into the case, and back towards Nelson. 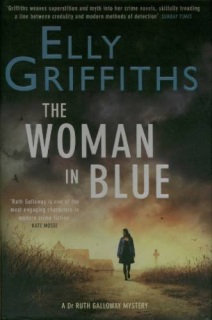 The book is near fine. Edges creamed. Very slightly cocked.

When Ruth's friend Cathbad sees a vision of the Virgin Mary, in a white gown and blue cloak, in the graveyard next to the cottage he is house-sitting, he takes it in his stride. Walsingham has strong connections to Mary, and Cathbad is a druid after all; visions come with the job. But when the body of a woman in a blue dressing-gown is found dead the next day in a nearby ditch, it is clear Cathbad's vision was all too human, and that a horrible crime has been committed. DCI Nelson and his team are called in for the murder investigation, and soon establish that the dead woman was a recovering addict being treated at a nearby private hospital.

Ruth, a devout atheist, has managed to avoid Walsingham during her seventeen years in Norfolk. But then an old university friend, Hilary Smithson, asks to meet her in the village, and Ruth is amazed to discover that her friend is now a priest. Hilary has been receiving vitriolic anonymous letters targeting women priests - letters containing references to local archaeology and a striking phrase about a woman 'clad in blue, weeping for the world'.

Then another woman is murdered - a priest.

As Walsingham prepares for its annual Easter re-enactment of the Crucifixion, the race is on to unmask the killer before they strike again... 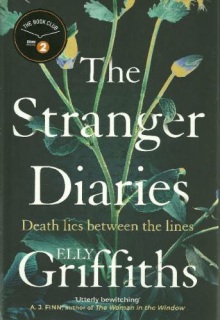 Clare Cassidy is no stranger to tales of murder. As a literature teacher specialising in the Gothic writer R.M. Holland, she teaches a short course on them every year. Then Clare's life and work collide tragically when one of her colleagues is found dead, a line from an R.M. Holland story by her body. The investigating police detective is convinced the writer's works somehow hold the key to the case.

Not knowing who to trust, and afraid that the killer is someone she knows, Clare confides her darkest suspicions and fears about the case to her journal. Then one day she notices some other writing in the diary. Writing that isn't hers... 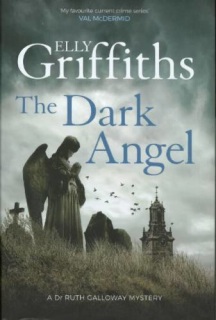 Elly Griffiths: The Dark Angel. signed
ISBN 9781784296636
UK 1st edition 1st impression hardback in an unclipped wrap
Published by Quercus in 2018.
The wrap is fine.
The book is fine, new and unread.
Signed on the title page with no other inscriptions or dedication.
Dr Ruth Galloway is flattered when she receives a letter from Italian archaeologist Dr Angelo Morelli, asking for her help. He's discovered a group of bones in a tiny hilltop village near Rome but doesn't know what to make of them. It's years since Ruth has had a holiday, and even a working holiday to Italy is very welcome!
So Ruth travels to Castello degli Angeli, accompanied by her daughter Kate and friend Shona. In the town she finds a baffling Roman mystery and a dark secret involving the war years and the Resistance. To her amazement she also soon finds Harry Nelson, with Cathbad in tow. But there is no time to overcome their mutual shock - the ancient bones spark a modern murder, and Ruth must discover what secrets there are in Castello degli Angeli that someone would kill to protect.