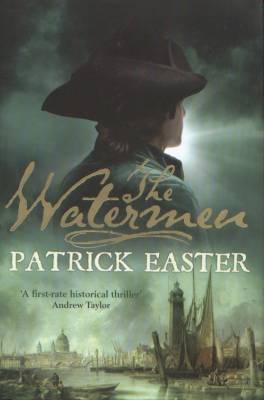 Patrick Easter: The Watermen. signed
ISBN 9780857380548
UK 1st edition 1st impression hardback in an unclipped wrap.
Published by Quercus  in 2011.
The wrap is fine.
The book is fine, new and unread.
Signed on the title page and dated 5-4/11 with no inscription or dedication.
1798 in the Port of London: a cruel villain holds sway over the underworld. His name is Boylin. His face is scarred by lime and his back by the two hundred lashes he received following a naval court martial. He holds Captain Tom Pascoe responsible for his suffering. They meet again when Pascoe becomes River Surveyor for the newly formed marine police. They've had orders to investigate a sudden fall in government revenue that is affecting the nation's ability to fight the war against Napoleon and stem the rising tide of Irish rebellion. Pascoe knows that Boylin is behind it, but he can't prove anything, yet. 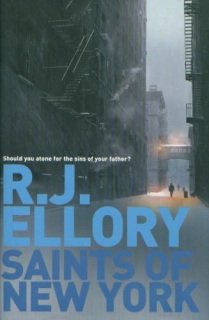 The death of a young heroin dealer causes no great concern for NYPD Detective Frank Parrish - Danny Lange is just another casualty of the drug war. But when Danny's teenage sister winds up dead, questions are raised that have no clear answers. Parrish, already under investigation by Internal Affairs for repeatedly challenging his superiors, is committed to daily interviews with a Police Department counsellor. As the homicides continue - and a disturbing pattern emerges - Frank tries desperately to make some sense of the deaths, while battling with his own demons.

Trying to live up to the reputation of his father, John - not only a legendary NYPD detective, but also one of the original 'Saints of New York' - the men charged with the responsibility of ridding New York of the final vestiges of Mafia control in the 1980s - Parrish struggles to come to terms with the broken pieces of his own life. But, as the murders escalate, he must discover the truth behind them before there are further innocent victims. 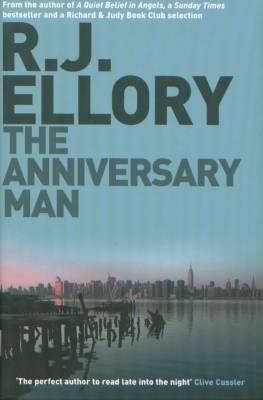 ISBN 9780752898742
UK 1st edition 1st impression hardback in an unclipped wrap.
Published by Orion in 2009.
The wrap is  fine.
The book is fine, new and unread.
Signed on the title page with no other inscription or dedication.
Twenty years ago John Costello survived an attack by a serial killer. This murderer went after young courting couples in an attempt to 'save their souls'. Nadia was killed by the first blow of the hammer. John survived, but was physically and psychologically scarred to an extent that few people could comprehend. Damaged he may be, but no one in New Jersey knows more about serial killers than John Costello. So, when a new spate of murders starts - all seemingly random and unrelated - John is the only one who can discern the complex pattern that lies behind them. 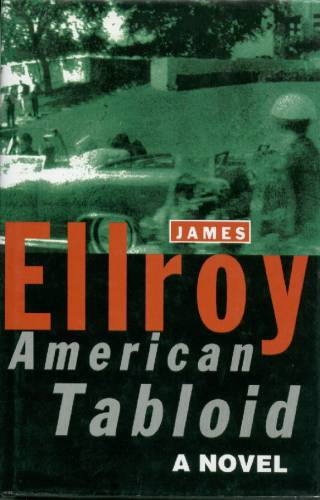 James Ellroy: American Tabloid. signed
ISBN 9780712648165
UK 1st edition 1st impression hardback in an unclipped wrap.
Published by Century in 1995.
The wrap is vg with rubbing, edge creasing and shelf wear. Small ink stain near the tail.
The book is good only with a pushed head and tail and browned edges, bleeding into the text. The book is cocked.
Signed on the title page with no inscriptions or dedications.
Not up to my usual condition, but how often does a signed Elroy turn up?

Set in America in 1958, this book tells of three men beneath the glossy surface of power, allied to the makers and shakers of the era. The discontent of the age that burns in their hearts will turn supernova as the Bay of Pigs ends in calamity, the Mob clamour for payback and JFK is assassinated. 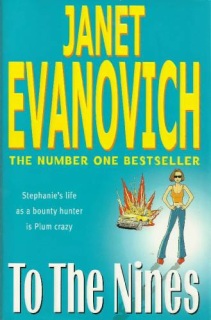 Janet Evanovich: To The Nines. signed

Published by Headline in 2003.

Signed on the title page, no inscriptions or dedication

Stephanie Plum's got rent to pay, people shooting at her, and psychos wanting her dead every day of the week (much to the dismay of her mother, her family, the men in her life, the guy who slices meat at the deli... the list goes on). An ordinary person would cave under the pressure.