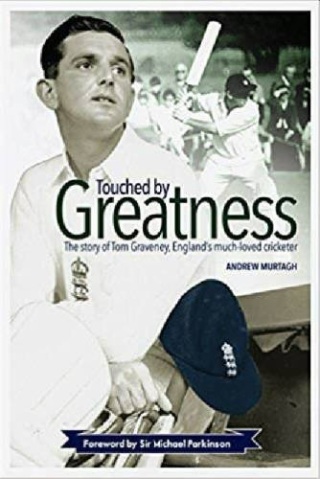 Published by Pitch Publishing in 2014.

Tom Graveney, by virtue of his peerless batsmanship, gracious manner and longevity in the game, is now a national treasure - the favourite cricketer of so many fellow players, enthusiasts and aficionados. He opened the batting for England with Len Hutton early in his career and ended it batting with Geoffrey Boycott, thus straddling two generations. After retirement, he shone as a BBC commentator and latterly served as president of his beloved Worcestershire and of the MCC. Oft misunderstood, the character behind the legendary raconteur's affable facade is now effortlessly unlocked in this first-hand account of his life by close friend and fellow former professional cricketer, Andrew Murtagh. The details of many incidents, anecdotes and controversies have never before been shared - sackings and banishments, redemption and a glorious international 'second coming' - revealing Graveney as a fount of cricketing insight and as a true entertainer, at the fireside as at the crease. 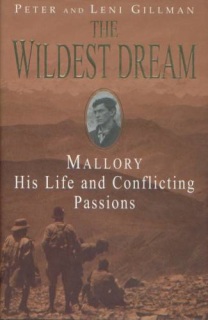 Peter & Leni Gillman: The Wildest Dream (George Mallory)
ISBN 9780747271505
UK 1st edition 1st impression hardback in an unclipped wrap.
Published by Headline in 2000.
The wrap is fine.
The book is fine, new and unread. Head pushed.
In 1924, a 37-year-old English schoolmaster and war veteran named George Mallory bid farewell to his beloved wife and children and went off to Tibet, where he intended to climb the north face of Mount Everest, a feat that had never been achieved. He was warned that the approach might not be attainable--and that, in any event, humans might not be able to survive at such altitudes without oxygen. But in that fine British spirit of dauntlessness, Mallory pressed on all the same, and he and his novice companion Andrew Irvine did not survive.
When Mallory's frozen body was found on the high slopes of Everest in 1999, it touched off a wave of interest in the question of whether he had reached the top before falling to his death--which, if so, would unseat Edmund Hillary's 1953 expedition as the first to summit. Peter and Leni Gillman, themselves mountaineers, hint that he did, drawing on evidence that is at best circumstantial but compelling all the same. 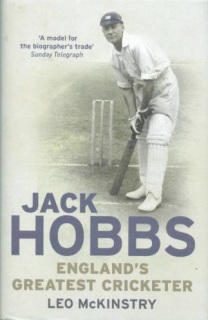 Leo McKinstry: Jack Hobbs
ISBN 9780224083294
UK 1st edition 1st impression hardback in a clipped wrap.
Published by Yellow Jersey Press in 2011.
The wrap is fine with very light edge wear and is price clipped.
The book is fine, pushed at the tail. It appears unread.
The astonishing feats of Sir Jack Hobbs continue to resonate more than a century after he first played Test cricket. During his long career that stretched from the age of W.G. Grace to the era of Don Bradman, he scored more first-class runs and centuries than any player. Even today, he remains England's greatest run-maker in Ashes Tests. He changed the art of batting with his elegant style, and transformed the status of professional cricketers through the strength of his quiet, dignified personality.
Despite his significance in the game, there has never been a comprehensive biography of Hobbs.Now Leo McKinstry, the acclaimed author of a best-selling life of Geoff Boycott, has remedied that. 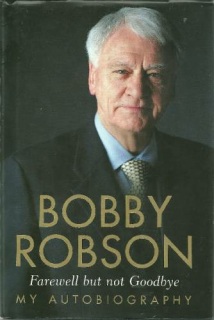 Published by Hodder & Stoughton in 2005.

The wrap is near fine with some light edge creasing.

The book is vg with a pushed head and tail. Bumped bottom rear corner. Slightly cocked.

The autobiography of Sir Bobby Robson, a former international footballer for England who has become one of the most widely respected managers in the World game. In addition to managing England in two World Cups, Sir Bobby has also taken charge of numerous clubs including Barcelona, Newcastle United, PSV Eindhoven, Ipswich Town, Sporting Lisbon and Porto. 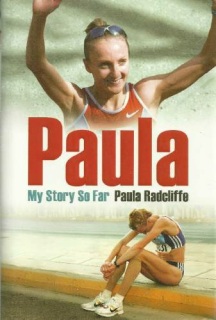 The wrap is vg with some edge creasing and corner chipping.

The book is vg and appears unread. Head pushed. Just a hint of a bump to the top front corner.

Paula Radcliffe has managed to be both very successful in her field and incredibly popular with the Great British Public. She was the underdog for so long -- narrowly missing out on medals in the 1999 World Championships and the 2000 Sydney Olympics -- that fans longed to see her win. Paula's rosy manner hides a tough resolve to succeed and in 2002 her luck began to turn. She won gold medals at both the Commonwealth and European championships and started to grab the headlines, bringing Britain's focus back to athletics. Paula's bravery is not limited to the track, however. She has become a passionate spokesperson against drug cheats and, inspired by her own battle with the condition, she is widely admired for her patronage of asthma charities. And even though Athens in 2004 proved to be more Greek tragedy than triumph, her popularity remains undimmed. Her remarkable life story of highs and lows is fully chronicled in this fascinating and inspiring autobiography. 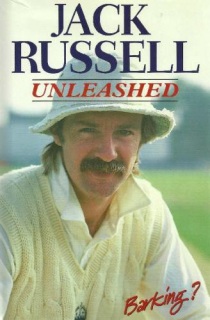 Published by Collins Willow in 1997.

The wrap is near fine with very light edge wear.

Signed on the title page, no inscriptions or dedication.

Robert Charles Russell, otherwise known as "Jack Russell", was spotted at the age of nine by Gloucestershire coach Graham Wiltshire. He became one of the county's longest-serving players, and proved himself at Test level as a record-breaking wicket-keeper and courageous lower-order batsman.