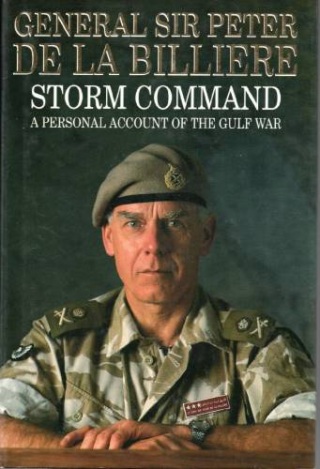 Published by Harper Collins in 1992

The book is good+ with a spine crease, pushed head and tail and is cocked.

The wrap is vg with some creasing and chipping.

‘My primary aim in writing this book is to demonstrate the importance of individual human beings in modern warfare. In the battle to drive the Iraqi army out of Kuwait, Coalition forces used every form of high-technology weapon available; yet in the end success depended on the performance of individuals, whether they were pilots, divers, tank drivers, mechanics, engineers, cooks, radio operators, infantrymen, nurses or officers of all ranks. It was these ordinary people who, at the end of the day, were going to put their lives on the line and risk their neck when their Government decided to go to war.’ 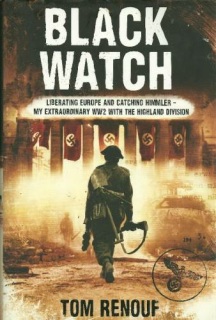 The wrap is near fine with some light edge creasing

The book is near fine with a waterstain to the front cover. Pushed head and tail.

As a 19-year old Black Watch conscript Tom Renouf's war began with some of the most vicious fighting of the conflict - against Himmler's fanatical 'Hitler Youth' SS Division. It ended with the capture of Himmler himself and Tom taking a trophy he still treasures - the Gestapo commander's watch. Seriously wounded and later decorated with a Military Medal for gallantry, Tom Renouf witnessed the death and maiming of countless of his teenage comrades and saw the survivors transformed into grizzled veterans. Tom Renouf draws on his own personal experiences - as well as his unique archive of interviews with veterans amassed over twenty years as secretary of the 51st Highland Division Veterans' Association - to paint a vivid picture of the Battle of Normandy, the liberation of Holland, the Battle of the Bulge and many more memorable WW2 events. 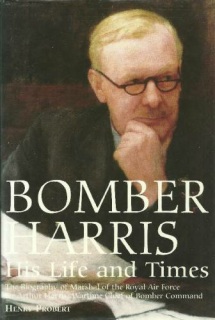 Published by Greenhill Books in 2001.

The wrap is vg with shelfwear and edge creasing.

The book is vg with head and tail bumped.

The definitive biography of one of the most controversial figures of World War II. Sir Arthur Harris remains the target of criticism and vilification by many, while others believe the contribution he and his men made to victory is grossly undervalued. Henry Probert's critical but sympathetic new account draws on recent research and, for this first time, all of Harris's own extensive papers, to give outstanding insight into a man who combined leadership, professionalism and decisiveness with kindness, humour and generosity. Probert examines Harris's life from youth in Rhodesia to fighting in World War I, the interwar years, his two families and his post-war years in South Africa and England. He reveals and analyses how Harris did his job in RAF Bomber Command during World War II, his leadership of his men in the face of appalling casualties, his disagreements with higher authority, his dealings with Churchill, his close links with the Americans, his role in directing the bombing raids against Germany, most notably at Dresden, and the way he was treated afterwards. Bomber Harris provides the most complete and rounded picture of one of the great high commanders of modern times and an outstanding military personality of World War II. 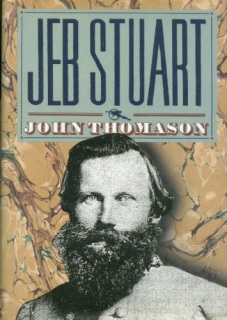 John Thomason: Jeb Stuart
ISBN 9780914427742
USA facsimile  reprint hardback in an unclipped wrap
Published by Konecky & Konecky
The wrap is near fine with a little discolouration inside that does not show through.
The book is vg with head and tail bumped and a foxed top edge.
Hardly any biography could contain the robust and romantic Jeb Stuart, but John W. Thomason Jr. goes as far as anyone ever has in pinning down the quality of the Confederate cavalry commander. Virginia-bred, James Ewell Brown Stuart graduated from West Point, where he was called 'Beauty, ' and rode with the Mounted Rifles against the Apaches and Comanches on the western frontier. When Virginia seceded from the Union, Jeb Stuart joined the Confederate army. His lightning-like raids became legendary. From Bull Run to Brandy Station he served as Robert E. Lee's eyes and ears, becoming a major general at the age of twenty-eight. Less than three years later Stuart's meteoric career ended with his death in a cavalry charge. 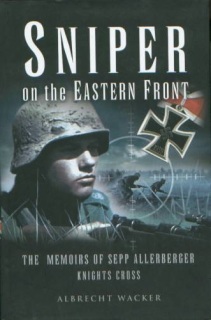 Albrecht Wacker: Sniper on the Eastern Front
ISBN 9781844153176
UK 1st edition 1st impression hardback in an unclipped wrap.
Published by Pen & Sword in 2005.
The wrap is near fine with very light edge wear and a 8mm tear to the bottom rear/spine
The book is fine with the tail pushed.
This book is a rare first-hand account by a ruthlessly efficient German sniper of life and death during the bitter conflict that followed the Nazi invasion of Russia.Its author, Josef Sepp Allerberger, was an Austrian conscript who qualified as a Wehrmacht machine-gunner and was drafted to the Southern sector of the Front in July 1942. Wounded at Voroshilovsk, he experimented so successfully with a captured Russian sniper-rifle while convalescing and returned to his unit as his regiments only sniper specialist.'In the gruelling months that followed, as the German Army was forced to withdraw under almost constant pressure from the Russians, Allerberger became the second most successful German sniper and one of the very few private soldiers to be awarded with the coveted Knights Cross.This harrowing and graphic memoir provides a vivid insight to the atrocious conditions and brutal cruelty of this campaign.