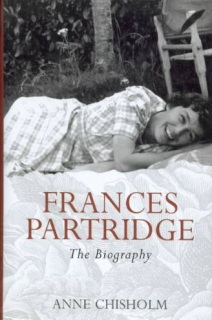 Published by Weidenfeld & Nicholson in 2009.

The wrap is near fine with 2 small dents to the rear.

The book is near fine, new and unread. small dents to the rear

Frances Partridge was one of the great British diarists of the 20th century. She was born in 1900, the daughter of a progressive mother and architect father whose friends included Henry James and Arthur Conan Doyle. After studying Moral Sciences and English at Cambridge, Frances worked in Francis Birrell and Bunny Garnett's bookshop in London. She soon became part of the Bloomsbury group encountering Virginia Woolf, Lytton Strachey, the Bells, Roger Fry, Maynard Keynes, Dora Carrington and Ralph Partridge. She and Ralph fell in love and married in 1933. During the Second World War they were committed pacifists and opened their house, Ham Spray, to numerous waifs and strays of war. After it was over they enjoyed the happiest times of their lives together, entertaining friends such as E.M. Forster, Robert Kee and Duncan Grant.   Frances' life changed abruptly with two sudden and unexpected deaths. Ralph had a heart attack in 1960 and three years later their only son, Burgo, died aged 28 from a brain haemorrhage. 'I have utterly lost heart: I want no more of this cruel life,' Frances was to write later. However, she survived, indeed prospered, for another four decades, showing an astonishing appetite for life. Her diaries (which she continued to write until her death in 2004) chronicle her life from the 1930s onwards. Their publication brought her recognition and acclaim, and earned her the right to be seen not as a minor character on the Bloomsbury stage but standing at the centre of her own. 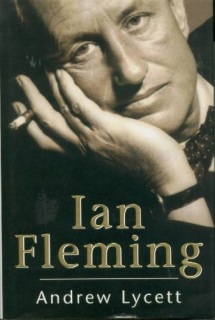 UK 1st edition 1st impression hardback in an unclipped wrap.
Published by Weidenfeld & Nicholson in 1995.
The wrap is near fine with some light edge wrinkling and a tiny 3mm tear to the head.
The book is fine and appears unread.

Ian Fleming's life was just as dramatic as that of his fictional creation, James Bond. Andrew Lycett's direct access to Fleming's family, friends and contemporaries has enabled him to reveal the truth behind the complicated facade of this enigmatic and remarkable man.

With an extraordinary cast of characters, this is biography at is best - part history, part gossip and part an informed reassessment of one of this century's most celebrated yet mysterious personalities. 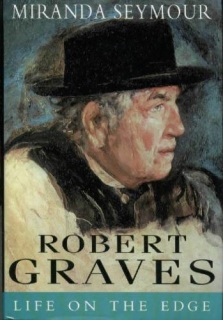 UK 1st edition 1st impression hardback in an unclipped wrap.
Published by Doubleday in 1995.
The wrap is fine with some very slight edge wear.
The book is fine and appears new and unread.
Published to coincide with the centenary of his birth, this biography of the poet Robert Graves has been written with the co-operation of his family and with access to private papers and photographs. From his distinguished exploits in World War I, described in his memoir, "Goodbye to All That", to his relationships with women - most notably the American poet and essayist, Laura Riding - Graves's life was one of extremes. Miranda Seymour's interviews and correspondence with many people who have not previously discussed Graves in public help to contribute to a complex portrait of a troubled man and a creative artist. 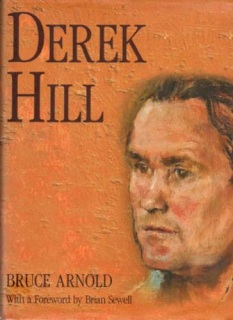 The wrap is nearfine apart from being price clipped and very light shelf wear.

The book is near fine with slightly rounded corners and pushed head & tail.

Derek Hill, whose remarkable talent has been allowed to fade and still, sadly, remains, as Brian Sewell's insightful foreword suggests, 'a seriously underrated painter'. Born in 1916, educated at Marlborough, by the time the Hill was learning to be a theatre designer in Munich, he was already a widely-travelled, well-connected and sophisticated young man claiming Diana and Unity Mitford as good friends. He was in Russia at the start of the Stalin purges, helping to stage the final revolutionary theatrical events in Moscow and St Petersburg. And it would be in Paris in the 1930s when he at last decided to become a painter. His art is based on incredible technique, and though the list of all his high society patrons is impressive, his landscapes, especially of his beloved Donegal and Tory Island may well be his lasting testament. Bruce Arnold's text is full of the flavour of his subject; his humour, his warmth, his generosity - especially to younger artists -even his extraordinary appetite for rich, dangerous food. It is a fine portrait of a fine artist and it is to be hoped that publication of this beautifully illustrated book will help gain Derek Hill the respect his oeuvre deserves. 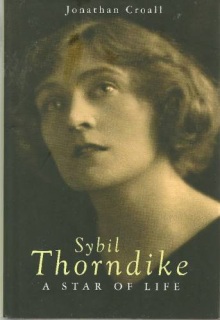 Outside the theatrical profession Sybil Thorndike is no longer the household name she once was; she has become a historical figure. Yet her combative, inspiring life, her passionate concern for the state of the world as well as for her art, resonates with any age. As the actor Michael Macli­ammói­r put it: 'Essentially English, she is yet nationless; essentially of her period, she is yet timeless.'