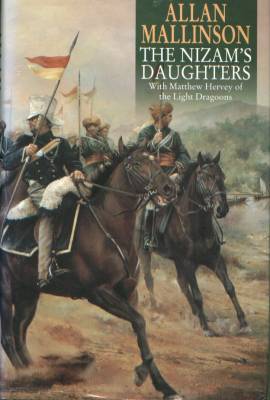 The wrap is near fine with some light edge wrinkling and a tiny chip to the bottom front corner.

Matthew Hervey of the Light Dragoons, fresh from the Battle of Waterloo, is newly appointed as aide de camp to the Duke of Wellington. Hervey is sent on a clandestine mission to India, an alien land seething with intrigue. At the princely state of Chintal, Hervey undertakes his mission: to discover the intelligence that will allow the Duke to forge lasting alliances if (as he expects) he becomes Governor General of India. Needless to say, Hervey soon finds himself way out of his depth, as Chintal is a city threatened from all sides. The massing forces of the Nizam of Haidarabad, whose expansionist policies are backed up by the eponymous Nizam's Daughters, a legendary artillery brigade provide the most sinister menace. 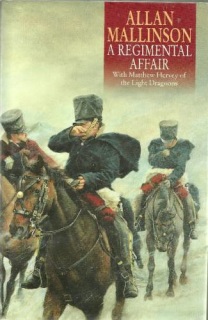 The book is fine. Edges lightly tanned. Pushed at the tail. Appears unread.

Captain Matthew Hervey has faced many tests both on and off the battlefield, but when he returns to his beloved Sixth Light Dragoons he must address a new challenge from a totally unexpected quarter. It is the spring of 1817, and Matthew Hervey is home from India to rejoin his regiment, and to marry, at last, Henrietta. England is not the place he knew, however. The clamour for parliamentary and economic reform is bringing the country close to revolution. Every day the newspapers report conspiracies, violent assemblies, machine-breaking, arson and murder. There is no professional constabulary, and the onerous task of policing falls increasingly to the army - especially the cavalry. In the Sixth Light Dragoons, too, things are not as they were. There is a new commanding officer - rich, vain, arrogant, cruel; and with a dark secret. His dislike of Hervey is immediate and intense. Yet Matthew Hervey must somehow earn this man's recommendation for promotion, or else he will have to retire on half-pay. Hervey faces a year of trials - in his marriage, his loyalty to his men, his professional skill. The mistakes begin to tell, and when the regiment is sent urgently to Canada 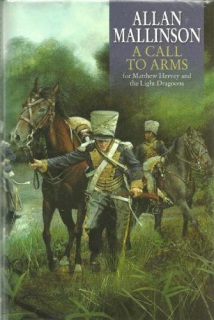 The book is fine, new and unread. Edges lightly tanned.

India 1819. Matthew Hervey is charged with raising a new troop, and organising transport for India - for he, his men and their horses are to set sail with immediate effect. What Hervey and his greenhorn soldiers cannot know is that in India they will face a trial for which they are ill prepared. A large number of Burmese war-boats are assembled near Chittagong, and the only way to thwart their advance involves a hazardous march through the jungle. Soon, Hervey and his troop are in the midst of hot and bloody action once again. 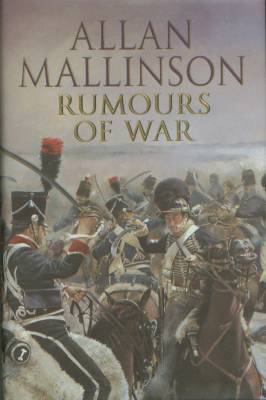 The book is fine, new and unread. Lightly creamed edges.

Signed on the title page without inscriptions or dedications.

Being in Portugal leads Hervey to reminisce about his experiences as a young cornet in the Peninsular War. Two stories are then interverweaved: Hervey's "present-day" mission of 1828 and flashbacks of his participation in the British Army's famous retreat to Corunna in 1808/1809. 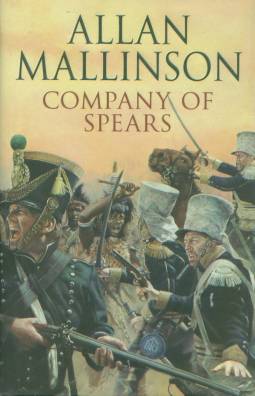 Allan Mallinson: Company Of Spears.  signed
ISBN 9780593053416
UK 1st edition 1st impression hardback in an unclipped wrap.
Published by Bantam in 2006.
The wrap is fine.
The book is fine.
Signed on the title page without inscriptions or dedications.
.   All looks set fair for Major Matthew Hervey: news of a handsome legacy should allow him to purchase command of his beloved regiment, the 6th Light Dragoons.
He is resolved to marry, and, rather to his surprise, the object of his affections - the widow of the late Sir Ivo Lankester - has readily consented.
But he has reckoned without the opportunism of a fellow officer with ready cash to hand; and before too long, Hervey is on the look-out for a new posting.
He has always been well served by old and loyal friends, however, and Eyre Somervile comes to his aid with the means of promotion: there is need of a man to help reorganise the local forces at the Cape Colony, and in particular to form a new body of horse. 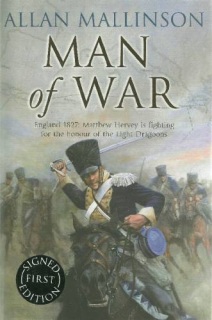 The book is fine, new and unread. Pushed at the head.

Captain Sir Laughton Peto, recently engaged to Matthew Herveys sister, Elizabeth, has just taken command of HMS Prince Rupert, the only three-deck line-of-battle ship in commission. He is the proud master of a wooden fortress whose formidable firepower is the equal of Bonapartes grand battery at Waterloo. But his passage to the Ionian where Admiral Codrington is assembling an Anglo-Russian-French fleet to evict the Turks from Greek waters will not be smooth sailing. First he must exercise his crew, most of whom have not seen action before. He has also been entrusted with the safe passage to Malta of the Admirals youngest daughter. Six months on, and Matthew Hervey is in London recovering from another bout of malaria and the wound from his battle with the Zulu. All is set fair for his marriage to the eminently suitable Lady Lankester, and his subsequent return to active duty at the Cape. But trouble lies ahead as familial commitments clash with affairs of the heart, and Hervey finds himself embroiled in a military enquiry that can, at best, spell personal embarrassment, and that could result in public humiliation. As the cataclysmic battle of Navarino Bay looms ever closer for Peto and his crew, the full outcome of which is not known in London even six months later, Hervey faces a crisis that could change both his life and his military career 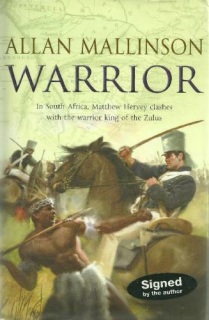 The Eastern Frontier, Cape Colony, 1828. Xhosa tribesmen are making incursions across the border, threatening the stability of the eastern frontier. When Matthew Hervey is recalled to South Africa, he and his troop of mounted rifles come into conflict with Shaka, legendary warrior-king of the Zulu. It is an unfamiliar and deadly world.